Arkoosh Raises Over $1 Million in Q2 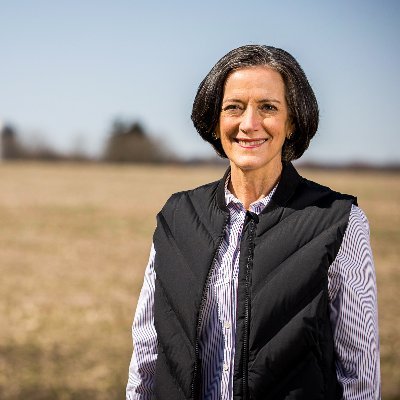 Montgomery County Commissioner Val Arkoosh announced that her campaign raised more than $1 million in the second quarter of 2021.

“It’s clear from Val’s first quarter in the race that Pennsylvanians are responding to her commitment to tackling the issues most important to them — making their child care and prescription drugs more affordable, making sure they have a job coming out of this pandemic, and finally rebuilding our infrastructure,” said Tiernan Donohue, Val Arkoosh for U.S. Senate campaign manager. “This outpouring of support so far, which is a significant downpayment on a successful campaign, marks continued momentum behind Val, and we look forward to continuing to grow in the months ahead.”

Arkoosh’s campaign entered July with $625,000 cash on hand, according to a press release.

Arkoosh formally began her fundraising for the statewide office in early April, when she announced her entrance into the race.

Arkoosh is the second Democrat vying for the party’s nomination for U.S. Senate in 2022 to announce her Q2 fundraising totals. Dr. Kevin Baumlin, the chief of emergency and urgent care services at Pennsylvania Hospital, announced that his campaign raised over $360,000 in the second quarter of 2021.

Lt. Gov. John Fetterman has taken an early lead in the fundraising race for Democrats.

Fetterman raised more than $3.9 million in the 1st quarter and entered April with $1.9 million cash on hand. He has yet to announce his second quarter fundraising numbers.

State Rep. Malcolm Kenyatta (D-Philadelphia) raised the second most of any Democrat in the 1st quarter by raising just under $375,000 and entering April with over $215,000 cash on hand. He has also not announced his campaign’s second quarter fundraising numbers yet.

In addition to Arkoosh, Baumlin, Fetterman, and Kenyatta, former Norristown Borough Council President John McGuigan is also in the race, while state Sen. Sharif Street (D-Philadelphia) filed a statement of candidacy with the Federal Elections Commission for U.S. Senate and formally announced his exploratory committee in April.