Auditor General Report: “No Public Funds Were Used For Any of Those November 2016 Payouts” 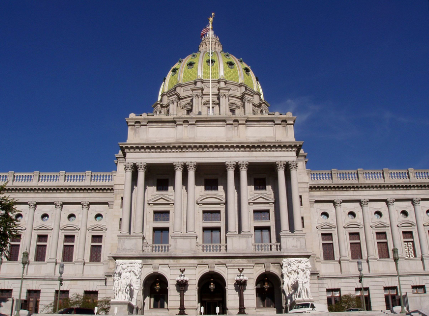 Auditor General Eugene DePasquale released his audit of the 2016 DNC in Philadelphia and its spending of $10 million from the Pennsylvania after Republican leaders and Governor Wolf called for an audit after it was revealed the Host Committee handed out bonuses to employees.  DePasquale faulted the wording of the state grant agreement, and criticized former Gov. Ed Rendell in the report.

“There’s 24 pages of boilerplate legal language, then a three-paragraph appendix that says at the end, ‘Oh, by the way, here are some vague ways you can spend taxpayer dollars,” DePasquale said.

“At the end of the day, DCED did a poor job writing a grant agreement that was specific enough to protect Pennsylvania’s taxpayers.”

Rendell agreed with DePasquale’s conclusions about the use of money from DCED by the Host Committee.

“The Auditor General’s report confirms what we knew all along: that the Host Committee fully complied with the stipulations in the DCED contract and spent those funds completely appropriately and in accordance with legislators’ parameters,” Rendell said in a statement.

DePasquale did criticize Rendell for his decision to give the bonuses to staffers without board approval.

“Rendell admitted to me and my team that he should have consulted the Host Committee’s board about such a decision. But he didn’t, and the damage is done,” DePasquale said.

DePasquale concluded by referring the matter to the IRS to ensure that no nonprofit laws were broken by the Host Committee.

“Given the confusing nature of nonprofit laws and the fact that two members of the nonprofit Bid and Host committees received payouts raised enough issues with my team that we believe it is appropriate for the IRS to review,” DePasquale concluded.

You can view the entire report by the Auditor General’s office here.