August 10: There Goes The Phone 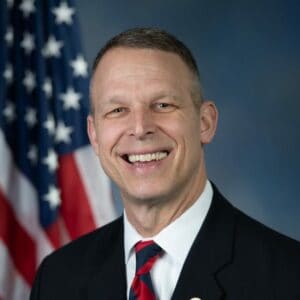 “Republican Rep. Scott Perry of Pennsylvania says that the FBI has confiscated his cellphone.

Perry, in an exclusive statement, told Fox News on Tuesday that while traveling with his family earlier in the day, he was approached by three FBI agents who handed him a warrant and requested that he turn over his cellphone.

Pa. Rep. Scott Perry says FBI took his cellphone after Trump property search: report
“Pennsylvania Rep. Scott Perry told Fox News that the FBI confiscated his cellphone on Tuesday. According to the network, Perry said he was traveling with his family when he was approached by three FBI agents who had a warrant for his phone.” (PennLive)

Next up? He plans to go to court with a direct challenge to the committee’s deposition authority.” (PennLive)

Florida Gov. Ron DeSantis is coming to Pittsburgh to stump for Doug Mastriano, but their event’s exact location is a mystery
“Organizers had originally said the event would be held at David L. Lawrence Convention Center, but there appeared to be a scheduling conflict. The nation’s largest progressive political convention — Netroots Nation — has the Convention Center booked next week through the weekend. Now, the DeSantis event’s location is listed as “to be announced” on its webpage for ticket sales.” (Pittsburgh Post-Gazette)

3. Two super PACs are pouring tens of millions into Pennsylvania for Oz and Fetterman ads

“Pennsylvania was already expected to have one of the most expensive Senate races in the country. Now two super PACs are spending big bucks booking TV time.” (Philadelphia Inquirer)

Pa. Planned Parenthood sees an uptick in out-of-staters seeking abortion access
“Pennsylvania has begun to see an uptick in the number of women traveling from states where abortion access is banned or restricted to seek care in the post-Roe v. Wade era.” (PennLive)