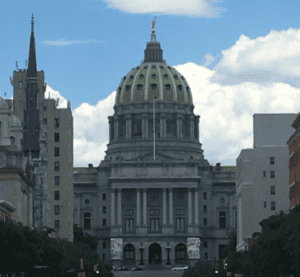 “Federal investigators delivered subpoenas or paid visits to several House and Senate Republican offices in the Pennsylvania Capitol on Tuesday and Wednesday, according to multiple sources.” (PennLive)

Why Scott Perry stands out in the FBI’s investigations of Trump allies
“Scott Perry, who said this week that the FBI had seized his cell phone, has publicly tied the agency’s actions to its search of Donald Trump’s home in Mar-a-Lago. There’s no evidence the two are directly connected — and more details suggest they’re part of two separate investigations.” (POLITICO)

Democrats betting on progressives to keep control of Senate
“Voters have opted for left-wing candidates in Wisconsin and Pennsylvania, two of the pivotal contests that could determine whether Democrats retain their Senate majority.” (POLITICO)

“State Sen. Doug Mastriano, the Republican nominee for governor, made a stop in Beaver County on Wednesday to share a number of goals he has for Pennsylvania with voters.” (WTAE)

Doug Mastriano brings campaign to Beaver County
“Wednesday’s event was a day after Mastriano’s abbreviated virtual appearance before the House January 6 committee. Mastriano did not take any questions from the crowd or the media at Wednesday’s event in New Sewickley Township.” (KDKA)

Berks County Republican Committee questionnaire for primary winners sparks backlash
“Primary winners are being required to fill out the survey in order to determine their eligibility to be seated by the executive committee.” (Reading Eagle)

State senate candidate submits exhaustive elections records request, but has yet to examine the results
“The losing candidate in a Lancaster County Senate primary filed a records request to review every mail-in ballot envelope returned by voters for the May 17 election – a request that consumed weeks of staff time to fulfill.” (LNP | LancasterOnline)

‘Grieve with hope’: Johnstown’s Thomson, congressional staffer killed in Indiana crash, honored by family, friends
“Emma Thomson, 28, of Washington, D.C., was working for U.S. Rep. Jackie Walorski, of Indiana, when the two of them, along with fellow staff member Zachery Potts, were killed in a crash that also took the life of the driver of a second vehicle, Edith Schmucker.” (Johnstown Tribune-Democrat)