August 15: Relaxed and Ready to Go 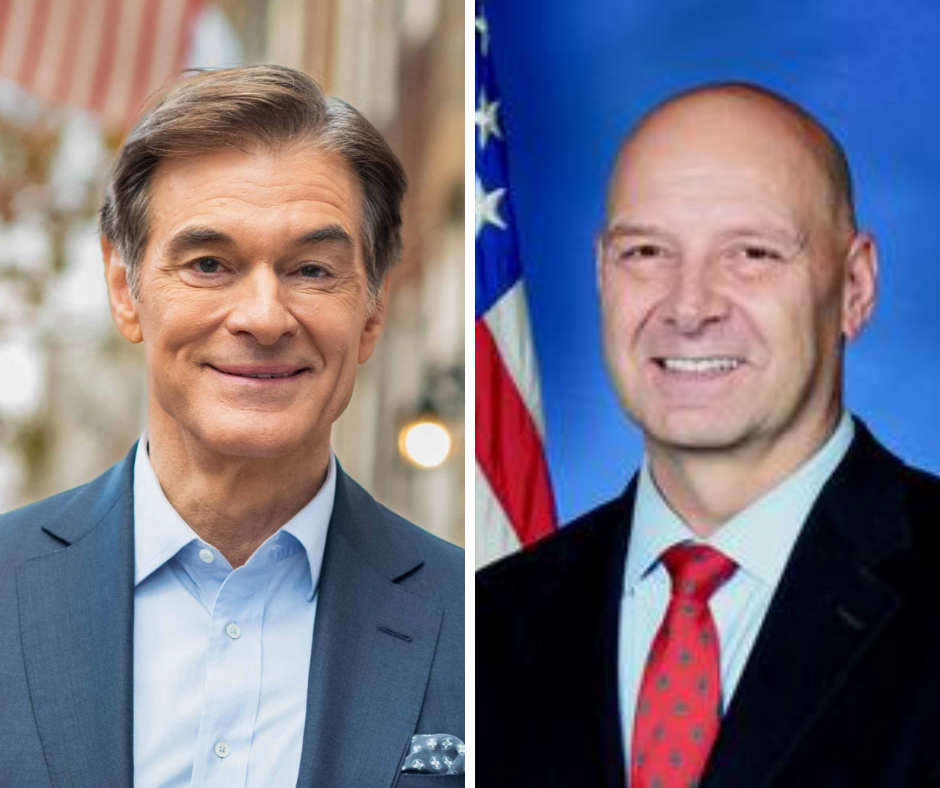 An Awkward Marriage. Returning to the Trail. CCAP Shoots Down Priority Mail Proposal. Here is the Playbook.

1. Mastriano and Oz: An ‘Awkward’ Marriage Atop The PA GOP Ticket

Doug Mastriano and Mehmet Oz, the GOP’s nominees in Pennsylvania for governor and the Senate respectively, share little in common other than the support of former President Donald Trump.

They’re otherwise poised to go their separate ways this fall, and that’s what some state Republicans believe is best.

Mastriano, a state senator most prominently known for having been outside the U.S. Capitol on Jan. 6, 2021, and for having been intimately involved in an effort to appoint fake electors to stop President Joe Biden from taking office, has sought to quell concerns among the state’s GOP establishment that he is too far to the right to win this fall. Oz, a celebrity TV doctor who faced scrutiny from hard-line conservatives for past comments about abortion and transgender youths, has tried to shore up his standing with the right-wing base while building inroads among independent voters.

“It’s an awkward marriage,” said Morgan Boyd, a Republican commissioner in Lawrence County, which went for Trump by 30 points in 2020. (NBC News)

Shapiro, Mastriano Race for PA Governor Puts Partisan Divide in Clear View. “Circling the state just three months before the November election, Democrat Josh Shapiro and Republican Doug Mastriano — gubernatorial contenders hoping to take over for Gov. Tom Wolf — agree on one thing: The stakes are higher than ever, and they — not their opponent — can meet this crucial moment in Pennsylvania’s history.” (Pittsburgh Post-Gazette)

Shapiro Launches Ads Hitting Mastriano Over Ties to Far-Right Social Media Site. “Pennsylvania Democratic gubernatorial nominee Josh Shapiro is launching a pair of attack ads targeting his opponent’s ties to the far-right social media network Gab. The campaign is putting more than $1 million behind the television commercials, which were first shared with POLITICO, and airing them across the state.” (POLITICO)

Army Contacts Mastriano Over Use of ‘Imagery’ “This week, Pennsylvania Republican candidate for governor Doug Mastriano announced a “#NewProfilePic” on Twitter and one on his Facebook page. In both, he’s in a collared short-sleeve shirt – not a military uniform. But in profile photos previously posted on his social media pages, Mastriano, who currently serves as a Republican Pennsylvania state senator and is running against Democratic Attorney General Josh Shapiro for governor, has been pictured in what appeared to be camouflage and a formal uniform.” (NBC10 Philadelphia)

2. Fetterman Returns to Trail in Erie

“Lt. Gov. John Fetterman, returning to the campaign trail for the first time since suffering a stroke in May, told an Erie audience that he’s counting on them to deliver Pennsylvania for him so he can deliver Democrats a 51st vote in the U.S. Senate.

“We could have picked any part of Pennsylvania where we were going to start the campaign trail,” Fetterman said Friday. “Where are we?”

“We’re in Erie because if you can’t win Erie County, you can’t win Pennsylvania,” he said, referring to the county’s history as a political bellwether.” (Erie Times-News)

Oz Challenges Fetterman to Five Debates. “On Friday morning, Mehmet Oz, the GOP candidate for U.S. Senate, announced that he has committed to participating in five debates before Election Day. Oz’s campaign said he has committed to debates hosted by KDKA Pittsburgh on September 6, WFMZ and the Greater Lehigh Valley Chamber of Commerce on September 9, and Nexstar on October 5. The release from Oz’s campaign also lists debates hosted by FOX 29 Philadelphia in partnership with Spotlight PA and WGAL NBC Harrisburg, although specific dates weren’t listed, while adding that the GOP candidate “may consider other debate opportunities.” (PoliticsPA)

Fetterman Keeps Attacking Oz For Being From New Jersey. That Resonates in Parochial PA. “People don’t say they’re from Pennsylvania. They say Pittsburgh or Philly; NEPA or the Lehigh Valley; Western Pa. or Johnstown; the Philly burbs or Delco. The dividing lines aren’t along our state borders but east vs. west, Wawa vs. Sheetz, city vs. rural, Steelers Nation vs. “Go Birds” and Philly vs. Everybody. And it’s amid this brand of parochialism that Mehmet Oz has struggled to quiet an onslaught of attacks about his Pennsylvania ties.” (Philadelphia Inquirer)

The Swing State That Could Make or Break Joe Biden. “In a battle between a tattooed progressive and a TV doctor backed by Trump, Pennsylvania is shaping up to be the marquee race of the midterm elections.” (Brisbane Times)

The County Commissioners Association of Pennsylvania (CCAP) voted down a proposal to make the repeal of mail-in voting in the Commonwealth a priority.

Voting 112-68, the group opposed the proposal from Lancaster County commissioners Ray D’Agostino and Josh Parsons, according to the Pennsylvania Democratic Caucus of County Commissioners.

Voting Machine Maker Moves to Subpoena PA’s Former Secretary of State. “Dominion Voting Systems expects to depose Pennsylvania’s former secretary of state as part of a subpoena in the voting machine maker’s defamation case against Fox News regarding the 2020 presidential election. Documents from the Dauphin County prothonotary’s office indicate that Dominion expects to serve a subpoena to the Pennsylvania Department of State for records that may be germane to its lawsuit. As part of that, Dominion’s attorneys plan to depose former Secretary of the Commonwealth Kathy Boockvar next month.” (PennLive)

Dr. Oz Didn’t Get Permission for Musikfest Visit. “U.S. Senate candidate Mehmet Oz went against Musikfest’s policy when he walked through the festival grounds in Bethlehem just months before Election Day, according to a festival spokeswoman.” (Lehigh Valley Live)

New Grant Adds $375 Million in State Funds to Target Repair of Crumbling Homes in PA. “Elected officials took a victory lap in Wynnefield for a hard fought win in Harrisburg. State Sen. Vincent Hughes drove home the point that there is more money in the state budget than ever before for housing assistance. “The state of Pennsylvania was spending $55 million on housing, now they are spending $435 million on housing,” he said.” (WHYY)

Soaring 76. Greater Philadelphia’s Fastest-Growing Companies for 2022. “Each year we identify the 76 fastest-growing companies in the region. Here is the entire unranked list.” (Philadelphia Business Journal)

Temple, Penn and Other Philly-Area Universities Relax Masking But Stick With Vaccine Requirement for Fall Semester. “Some colleges not requiring masks are still recommending that those on campus continue to carry one and be ready to don it if there is a request.” (Philadelphia Inquirer)

Central Bucks Passes Textbook Policy Banning Some Sexually Explicit Material. “About two weeks after passing a controversial library policy critics called one of the most restrictive in the state, Central Bucks School Board members passed a new textbook policy focusing on sexually explicit material in the classroom. In a 6-3 vote Tuesday, the school board passed a policy prohibiting any textbooks and supplemental materials that could “expose minor students to certain age-inappropriate content.”” (Bucks County Courier Times)