August 16: Be a Poll Worker 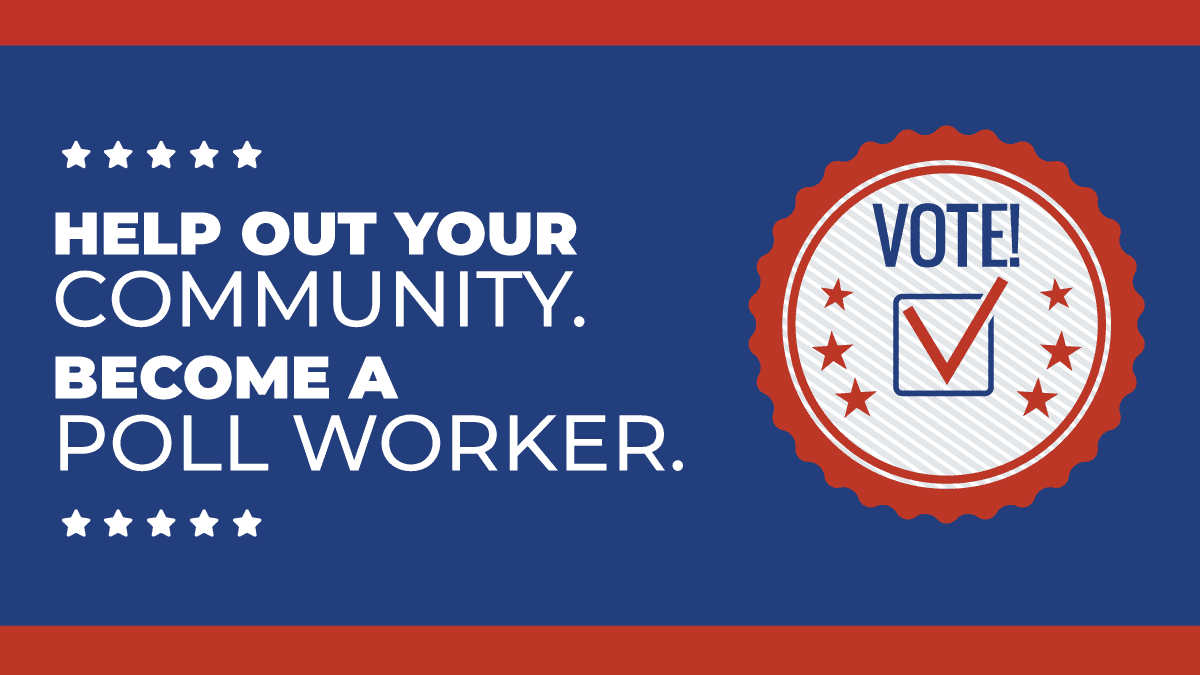 According to POLITICO, the National Republican Senatorial Committee (NRSC) is canceling millions of dollars in ad spending in three battleground states – Pennsylvania, Ohio and North Carolina.

Since the beginning of August, the NRSC slashed ad buys in Pennsylvania alone by $7,5 million with an additional $7.5 scattered across Arizona, Wisconsin and Nevada, according to AdImpact.

The NRSC has already spent $36.5 million on TV spots during this cycle – ahead of its typical schedule.

“We’ve been creative in how we’re spending our money and will continue to make sure that every dollar spent by the NRSC is done in the most efficient and effective way possible,” said Chris Hartline, NRSC spokesperson. (POLITICO)

Senate Republican Campaign Arm Cuts Ad Spending in At Least 4 Key Battleground States. “The National Republican Senatorial Committee (NRSC) has canceled more than $10 million in ad spending in the key battleground states of Pennsylvania, Wisconsin, Arizona, and Nevada since Aug. 1, in a potential sign of financial troubles heading into the heart of the 2022 campaign season. “People are asking, ‘What the hell is going on?'” one GOP strategist told Politico. “Why are we cutting in August? I’ve never seen it like this before.” (The Week)

Shapiro, the Pennsylvania Attorney General, has placed special emphasis on the ads in the Pittsburgh market, noting that a Gab user is accused of posting plans on the site of his intentions to attack the Tree of Life synagogue in the city in 2018.

Mastriano tried to turn the tables by calling Shapiro “an enemy of the citizens of Pennsylvania” who is funded by New York billionaire George Soros. (Philadelphia Inquirer)

Shapiro’s Ad Spending in Pennsylvania Governor’s Race Tops $12 Million. “According to AdImpact, the commercial brings Shapiro’s ad spending to over $12 million in the general election, with most of those ads attacking Mastriano for his extreme views and using the slogan, “Doug Mastriano: Way too extreme for Pennsylvania.” (NBC News)

Mercer County Man Made Online Threats on Gab Against Law Enforcement. “A Mercer man is accused of threatening violence against federal agents and other law enforcement on the social media platform Gab following the search last week of former President Trump’s home in Florida.” (Tribune-Review)

A newly-released internal poll commissioned by the Shamaine Daniels campaign shows the three-term Harrisburg city councilwoman with a 44-41 advantage over Scott Perry in the race for the 10th Congressional District seat in the U.S. House.

The poll, provided by Public Policy Polling, has Daniels with a three-point lead among likely voters in the district and a four-point margin (49-45) after voters are told more information about the candidates. (PoliticsPA)

12 Things to Know About Rep. Scott Perry, Who Is a Focus of the Jan. 6 Probe. “U.S. Rep. Scott Perry, R-York County, has repeatedly been mentioned during the January 6th Committee’s investigation into the insurrection at the U.S. Capitol. Here are 12 things to know about Scott Perry.” (York Daily Record)

Domb Resigns From City Council; Could Signal Run for Mayor. “Philadelphia means everything to me. Our city is at a crossroads — but while the challenges we face are great, so too is the opportunity we have to live up to Philadelphia’s promise. Today, I’m announcing my resignation from City Council as I seriously consider a run for mayor.” (PoliticsPA)

PSEA Calls Mastriano’s School Funding Plan ‘Completely Irresponsible.’ A Pennsylvania State Education Association analysis of the sparse details that GOP gubernatorial candidate Doug Mastriano has made available about his education funding plan drew criticism from the teachers union as well as a spokesman for his Democratic opponent Josh Shapiro who called the plan “reckless.” (PennLive)

Mastriano Dials Back Military Imagery on Social Media. “Gubernatorial candidate Doug Mastriano has been in violation of a U.S. Army policy that governs how political candidates can use photographs of themselves in uniform — a situation he took steps to rectify last week and again Monday, as the Army reached out following a 90.5 WESA inquiry about the images.” (WESA)

Mispronunciation of Store Name Comes Back to Bite Oz. The power of the viral tweet. Republican Senate candidate Mehmet Oz mispronounced the name of a grocery store during an April visit that he posted on social media. The fallout over the August retweet about “Wegners” has not been kind. (PoliticsPA)

Luzerne County DA Completes May 2021 Primary Election Investigation. “The investigation did not uncover evidence of criminal intent or activity, it said. His report went beyond the norm in providing details of the facts and circumstances in case the county election bureau or citizen election board want to address them, it said.” (Times-Leader)

Want to Help Democracy? Sign Up to Be a Poll Worker in PA on ‘Help America Vote Day.’ Tuesday is the third annual “Help America Vote Day,” a nationwide initiative to recruit poll workers. The Pennsylvania Department of State is also promoting the recruitment day, hoping to enlist more people to take jobs staffing the state’s more than 9,000 voting precincts. (Pittsburgh Post-Gazette)