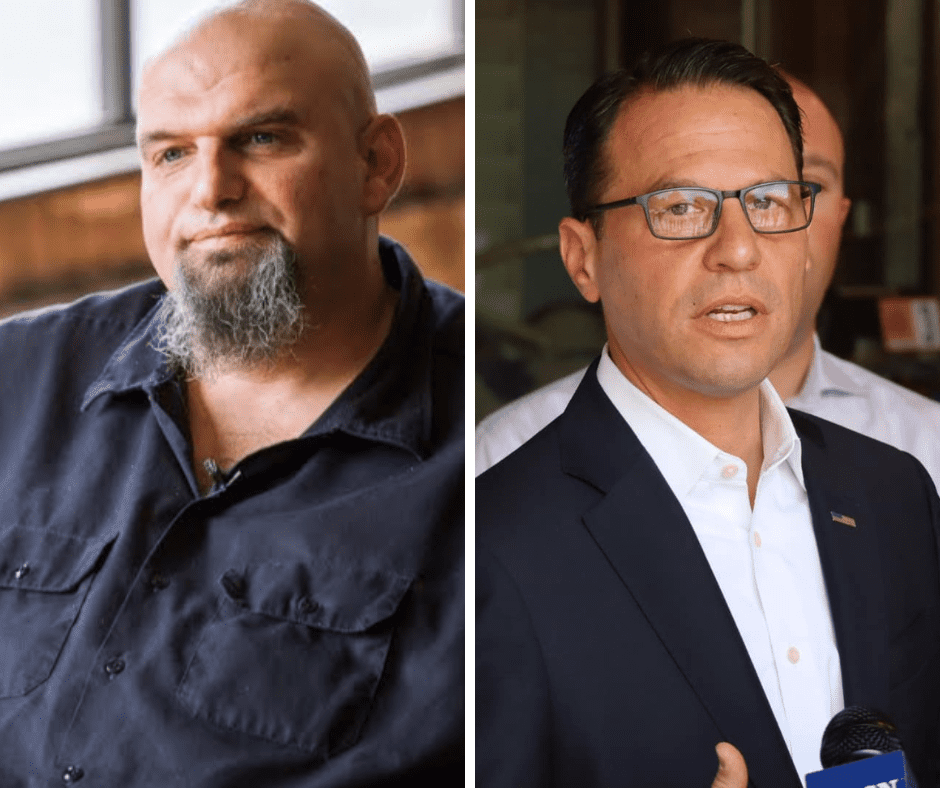 The latest poll from The Trafalgar Group dropped Sunday and shows that Democrat John Fetterman still remains atop the preferences of likely voters in the Commonwealth for U.S. Senate.

The lieutenant governor has a 4.9 percentage point advantage over Republican opponent Mehmet Oz in the race for Pennsylvania’s open seat in Washington.

This is the closest margin between the two candidates since mid-June when Fetterman led Oz by 4.4 percentage points (48.2-43.8). (PoliticsPA)

The Senate Looks Like a Jump Ball. Here Are The 10 Races That Will Decide The Majority. “At this point, control of the U.S. Senate next year looks like a jump ball. Four months ago — the last time we wrote about the top 10 seats most likely to change hands — Republicans were growing confident they would win the chamber. But a lot has changed in that time.” (NPR)

Why Democrats Are Feeling Better About Their Senate Odds. “For now, at least, strategists and operatives on both sides of the aisle say Democrats may have a real shot of defying the odds in what should be a brutal political environment for President Biden’s party.” (The Hill)

In a poll of nearly 1,100 likely voters, Shapiro, the Commonwealth’s Attorney General, led Mastriano, the state senator from Franklin County, by a 48.6 to 44.7 percent total. Just under five percent of the respondents indicated that they were unsure or undecided.

This is the closest margin between the two candidates since mid-June when Shapiro led Mastriano by 2.9 percentage points (48.2-45.3). (PoliticsPA)

Florida Gov. Ron DeSantis Calls On Republicans to Unite Around Doug Mastriano in Visit to Pittsburgh. “With one of the Republican Party’s most popular figures waiting in the wings to endorse him, Pennsylvania gubernatorial candidate Doug Mastriano took the stage at the Downtown Wyndham on Friday and — sounding much like his special guest, Florida Gov. Ron DeSantis — said the Democrats and their “acolytes” in the media are trying to distract Americans from the real issues.” (Pittsburgh Post-Gazette)

Suburban Voters Are Key for Mastriano. His Abortion Views Are Turning Them Off. “Many suburban Republicans say they are having a hard time bringing themselves to vote for their party’s nominee for governor, Doug Mastriano. And several voters and political operatives doing on-the-ground outreach say his stance on abortion is a big reason why.” (WHYY)

Jubelirer wrote that “the lack of a handwritten date on the declaration on the return envelope of a timely received absentee or mail-ballot does not support excluding those ballots from the Boards’ certified results under both Pennsylvania law and Section 10101(a)(2)(B) of the Civil Rights Act.” (PoliticsPA)

3 Pennsylvania Counties Ordered to Count Mail-In Ballots. “A Pennsylvania judge has ordered three Republican-controlled counties to add about 800 contested mail-in ballots to the results of the May election, ruling in a legal dispute that stalled statewide certification of the primary results for governor and U.S. Senate.” (Associated Press)

State Rep. Dan Frankel Targeted by Anitsemitic Posts on Gab. “The posts appear to be in response to Frankel’s criticism of Gab last month after news reports revealed that Pennsylvania Republican gubernatorial candidate Doug Mastriano was active on the site and had paid Gab a $5000 “consulting fee.” (Pittsburgh Jewish Chronicle)

Social Media Posts Draw Attention to PA Election Races, But Will They Affect the Outcomes? “Pennsylvania’s political social media atmosphere has been odd, chaotic and sometimes funny. But it’s debatable how much of an impact all the social media posts are having on the races, according to political experts.” (Tribune-Review)

Can Ryan Boyer Change How Philly Unions Do Politics? “The first Black leader of the Philadelphia Building Trades has set his sights on diversifying our unions, modernizing the way they wield power and tipping the scales in the city’s most consequential mayoral election in decades.” (Philadelphia Magazine)

A PA House Energy Committee Killed Off Oil and Gas Regulations. Now Half a Billion Dollars in Federal Funding Is At Risk. “A state House committee chaired by Rep. Daryl Metcalfe, R-Cranberry, rejected a much-delayed emissions regulation this month, possibly jeopardizing over half a billion dollars in federal highway funds Pennsylvania could use to maintain its deficient roads and bridges.” (Pittsburgh Post-Gazette)