August 23: Getting Out the Vote 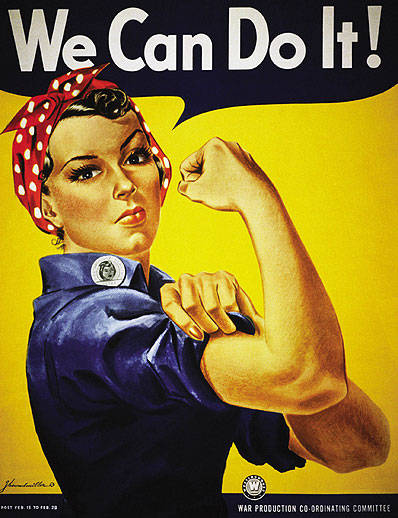 Say hello to Tuesday. Today is the 15th anniversary of the first Twitter hashtag. In celebration, #PoliticsPA

1. Women Are Registering to Vote in PA In Numbers Far Exceeding Men Since the Supreme Court Abortion Decision

“Thousands of women across Pennsylvania and the country have registered to vote since the June 24 Dobbs v. Jackson decision that overturned the federal right to an abortion in the United States.

Pennsylvania has had one of the nation’s biggest gender gaps in new registrations, according to Democratic voter data firm Target Smart, which said women have outpaced men by about 12 percentage points in new registrations since June 24. That gap is three times larger than their estimate of a 4-point difference in total registrations. (Gender is an optional field when registering to vote in Pennsylvania, so the state’s voter rolls don’t provide a complete picture of the gender split in registrations.)

Newly registered voters say they were motivated by the decision, and Democratic activists said they’re working to capitalize on that anger with voter registration drives and more women-focused organizing events.” (Philadelphia Inquirer)

Since Winning GOP Primary, Mastriano Has Kept Silent on Abortion. Physicians Urge Him to Break It. “As part of a virtual event organized by the Committee to Protect Health Care, a national advocacy organization, on Monday, three Pennsylvania physicians urged Sen. Doug Mastriano for transparency in outlining reproductive health-related policies he would support if elected governor.” (Pennsylvania Capital-Star)

What Is Christian Nationalism and Why Is It a Topic in the Race for PA Governor? “Brock Bahler, a senior lecturer in religious studies at the University of Pittsburgh, said that the belief is easy to define, but the tensions surrounding it date back before the United States was founded.” (WESA)

‘Flow From the Pulpit:’ The LifeGate Church Members Providing Security to Doug Mastriano. “The Republican nominee’s campaign is also notable for another reason: Mastriano has surrounded himself with a non-professional, armed security team whose members include at least one person with direct ties to a militia group.” (LNP | Lancaster Online)

Republican candidate for the U.S. Senate Mehmet Oz is trying to turn the tables against his Democratic opponent and bring Republicans back into the fold to his campaign.

The campaigns have had differing styles – Oz using the traditional playbook of meeting voters by visiting towns and neighborhoods, while John Fetterman has utilized social media to his advantage while limiting his in-person activities due to a May stroke. Oz has seen enough.

“He’s going to allow his handlers to create a hologram of who he is, a fictitious character that looks good on television, but you’re never going to actually see him. And then you’ll be asked to vote, and that is a threat to democracy,” said Oz.” (Roll Call)

Mehmet Oz Presses John Fetterman to Accept Proposals for U.S. Senate Debates. “KDKA-TV in Pittsburgh wants to hold the first televised debate in the race for one of the country’s most important U.S. Senate seats, but to this point, only Republican nominee Mehmet Oz has agreed to participate.” (Pittsburgh Post-Gazette)

PA Senator Presses Fetterman to Disclose Information About His Health Crisis. “The chairman of the Pennsylvania Senate State Government Committee is pressing Lt. Gov. John Fetterman to share records detailing the timing and means he used to inform Gov. Tom Wolf about the stroke he suffered in May.” (PennLive)

“A key Republican state lawmaker has made a rare concession about a 2020 election fraud claim.

Rep. Seth Grove (R-York), who chairs the House State Government committee, said an allegation that more votes were cast in Pennsylvania than there were registered voters is wrong.

“After the hearing in Gettysburg, where they said there were…more ballots than voters: that was not factual information,” Grove told reporters following a speech at an event in Harrisburg Monday.” (WESA)

Unfounded Voter Fraud Claims Have Brought Attempts Toward Stricter Voting Laws in Pennsylvania. “Republican-led efforts for stricter voter ID laws and an audit of the state’s voter registration system have met fierce opposition over the past year from Democratic lawmakers, either in court or through Gov. Tom Wolf’s veto pen.” (York Daily Record)

U.S. Rep. Scanlon Violates STOCK Act, Pays $200 Fee. “U.S. Rep. Mary Gay Scanlon, D-5 of Swarthmore, recently violated the Stop Trading on Congressional Knowledge Act of 2012 by filing a late financial disclosure form revealing her husband sold five stocks in 2021 worth up to $110,000, though she has attributed it to a mistake made by her financial advisor.” (Delco Times)

Freezing State Officials Pay This Year ‘Is The Right Thing To Do,” PA Lawmaker Says. “Pennsylvania’s rank-and-file lawmakers could see their salaries rise above $100,000 in December, but some members are seeking legislation to freeze or eliminate the automatic pay raises they receive.” (PennLive)

Allegheny County Councilman Tom Duerr Says He Will Not Seek Re-Election in 2023, Floats a Future Run For Higher Office. “Allegheny County Councilman Tom Duerr will not seek re-election in 2023, he announced Monday, saying that he’d like to focus more on Democratic campaign work and perhaps mount a run for higher office in the near future.” (Pittsburgh Post-Gazette)