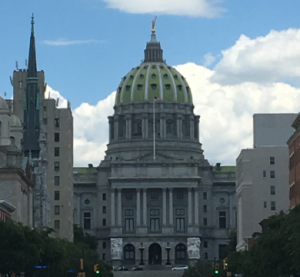 Wagner accuses Wolf of trying to ‘run out the clock’, while Rep. Tim Briggs (D-Montgomery) has been named the new minority chair of the House Health Committee. Here is the Playbook.

Young voters surge in Pennsylvania: The New York times takes a look at Pennsylvania getting a significant increase in registered voters 34 and younger.