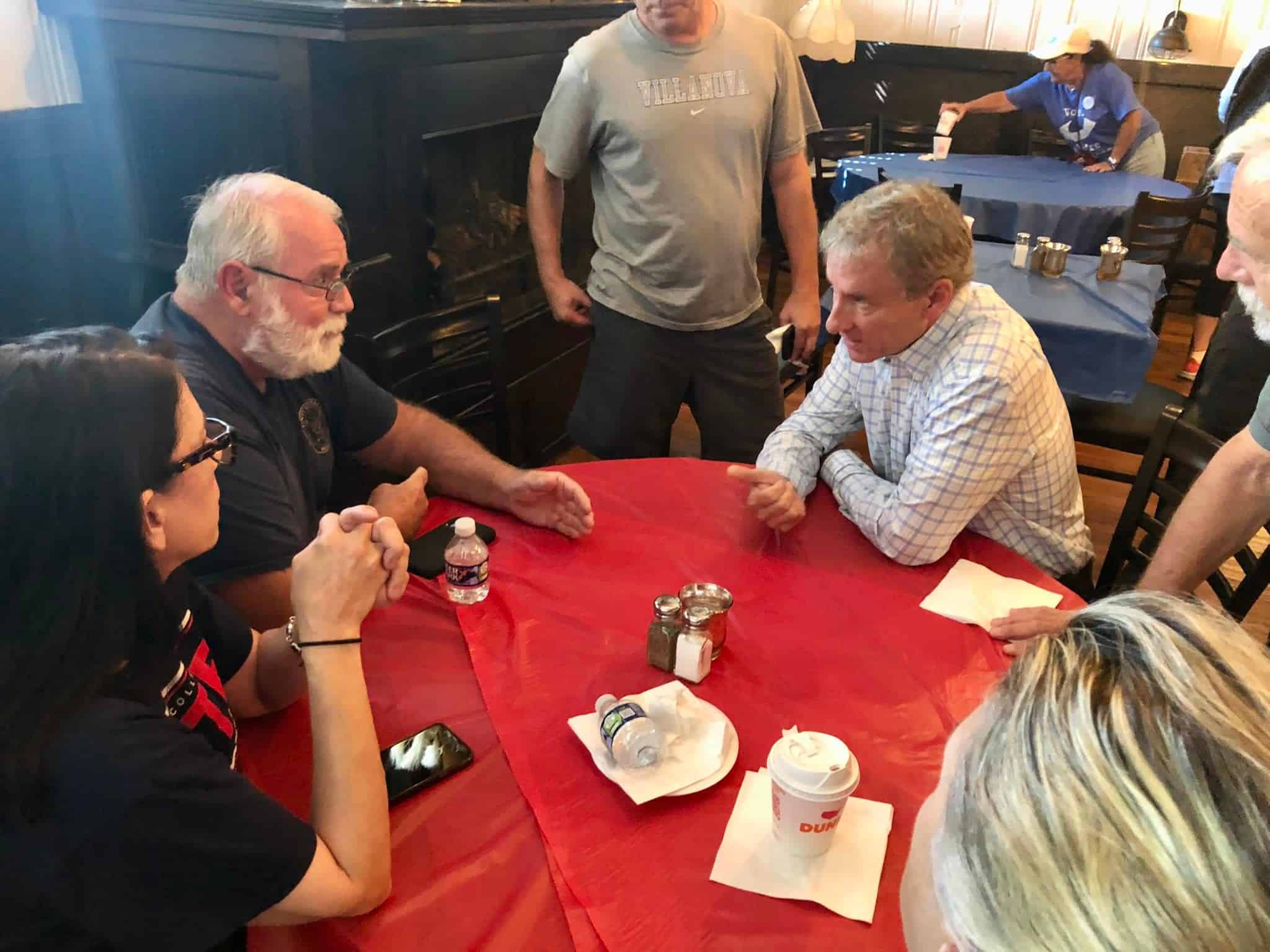 Monday, Monday. Seventeen years ago, Hurricane Katrina made landfall in LA in 2005.

1. Cartwright Could Be Case Study For Democrats

Each cycle, Cartwright is able to hold off the challenge in an area that former President Donald Trump carried twice.

This November, his opponent sees a better opportunity, given President Joe Biden’s popularity in the region and more national money pouring into his campaign.

This battle for northeastern Pennsylvania could be a case study for whether Democrats can hold on to control of the House. (Philadelphia Inquirer)

Ehasz Campaign Finance Suggest 1st District Is Likely to Stay Red With Fitzpatrick. “In the race for campaign capital, 1st Congressional District candidate Democrat Ashley Ehasz continues to trail incumbent Republican U.S. Rep. Brian Fitzpatrick by a wide margin with 10 weeks to go until Election Day. No surprise there. After all, incumbency has its benefits.” (Bucks County Courier Times)

What Can We Learn About the Lehigh Valley’s Two Candidates for Congress From Their Personal Finances? “Democrat Susan Wild and Republican Lisa Scheller differ politically in almost every way, but the differences don’t stop there. The two major-party candidates for Congress in the Lehigh Valley region filed financial reports this month that paint a vastly different picture of their respective personal wealth.” (Morning Call)

2. PA Governor Hopeful Bets He Can Win By Not Moderating Trumpian Stances

“Since winning the primary in May with 44 percent of the vote — after snagging a last-minute endorsement from former president Donald Trump and surviving a late scramble to consolidate the vote against him — Doug Mastriano has eschewed the typical path of reorienting his campaign toward the middle. Instead, he has held fast to the same issues that drove his rise after attending the Stop the Steal rally in Washington on Jan. 6, 2021, and openly embracing Christian nationalism.

But many Republicans say Mastriano’s focus on base voters has made it hard for him to raise money and broaden his appeal, hurting the party’s chances in November.

“He has to come up with a Hail Mary pass to pull this out,” said former Republican congressman Tom Marino, who supported runner-up Lou Barletta in the gubernatorial primary.” (Washington Post)

Here’s What Could Happen When an Election Denier Becomes a Chief Election Official. “Many of the election deniers running for secretary of state this year have spent their time talking about something they can’t do: “decertifying” the 2020 results. The bigger question — amid concerns about whether they would fairly administer the 2024 presidential election — is exactly what powers they would have if they win in November.” (POLITICO)

3. Does Online Popularity Translate Into Votes?

“Recent polling suggests Democrats are in a better position to retain control of the Senate this fall than previously expected. If they do, races in swing states like Pennsylvania could be key.

Recent polling suggests Democrats are in a better position to retain control of the Senate this fall than previously expected. If they do, races in swing states like Pennsylvania could be key. That’s where Democratic Lieutenant Governor John Fetterman is running against celebrity TV doctor Mehmet Oz. Fetterman’s team is making use of the Democrats’ popularity on Twitter to attack Oz on a variety of issues. The platform is also where Oz has clapped back at Fetterman, and it’s where the Republican has made a number of gaffes of his own.

This sort of social media one-upsmanship is playing out in lots of other races as well, but likes and retweets don’t equal votes.” (NPR)

Will ‘Candidate Quality’ Doom Republicans’ Senate Hopes? “Fresh doubts about the Republican Party’s chances of winning Senate control in midterm elections are being fueled by a slate of first-time candidates struggling to find their footing against seasoned Democratic competition.” (Washington Examiner)

Every Vote is Important, Candidates Tell Rural Democrats. “If you’re isolated, you don’t realize what power you have,” said Paul Woodburne, who leads the Clarion County Democrats. “We’re marginal, but sometimes the margins are what drive the elections.” (Pittsburgh Post-Gazette)

50 States in 50 Days – Pennsylvania. “Today is the first in our 50 states in 50 days series. Long-time Brew readers will remember this from 2018 and 2020. In this series, we will preview what’s on the ballot in each state, which parties control state and congressional offices, and what you should know to cast your ballot.” (Ballotpedia)

Jewish Congregations Mount Legal Challenges to State Abortion Bans. “Thousands of years of Jewish scripture make it clear that access to abortion care is a requirement of Jewish law and practice, according to Rabbi Karen Bogard.” (Pennsylvania Capital-Star)

‘It Could Bring a Tear to Your Eye’: Former PA Gov. Tom Ridge Reflects on Politics, Jan. 6, His Health. “It’s been 27 years since Tom Ridge stepped into the role as governor and surrounded himself with a team that he believed shared his commitment to making Pennsylvania “a leader among states and a competitor among nations.” (PennLive)