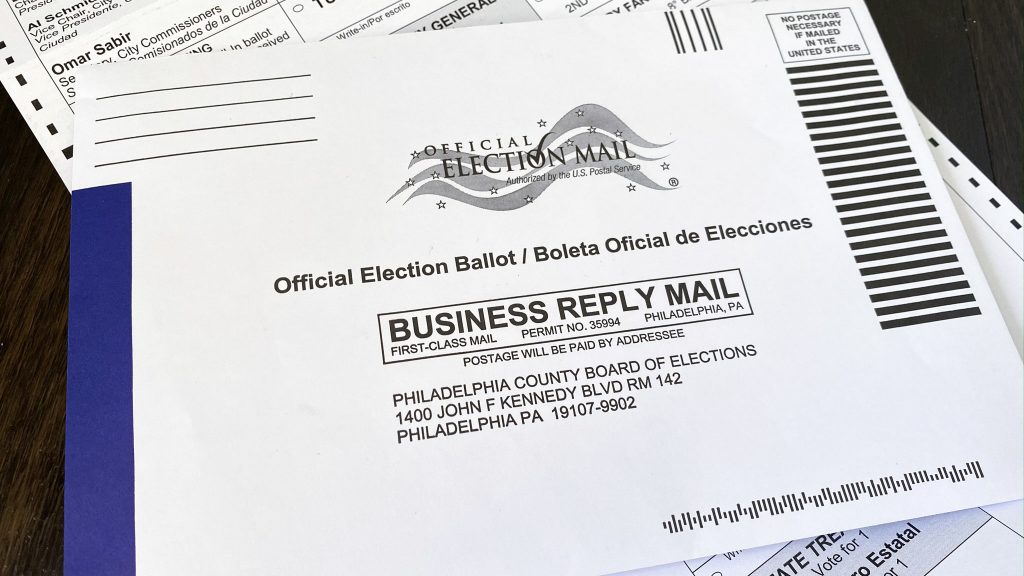 You’ve Got Mail. Burn Pit Bill Passes Despite Toomey Objections. Hold The Presses – Shapiro, Mastriano Agree on Something. Here is the Playbook.

“Pennsylvania’s mail-in voting law – Act 77 – has been upheld by the state’s Supreme Court, allowing all voters to cast ballots by mail in November and for other future elections.

In Tuesday’s 5-2 decision, the Democratic-majority court overturned the Commonwealth Court’s ruling from January that found Act 77 to be in violation of the state’s constitution.

PA’s Supreme Court Upheld the Mail Voting Law After a Long Legal Fight. Pennsylvania’s mail-voting law is constitutional, the state Supreme Court ruled Tuesday, upholding the 2019 measure that allows any voter to use mail ballots and removing a cloud of uncertainty heading into the midterm elections. (Philadelphia Inquirer)

PA’s Mail-In Voting Law Survives Constitutional Challenge by GOP Lawmakers. Pennsylvania’s mail-in voting law has survived a constitutional challenge by Republican officials who voted for it three years ago. The Pennsylvania Supreme Court ruled Tuesday that the state Legislature did not overstep its authority when it passed the 2019 law that permits any qualified voter to vote by mail without an excuse. (Pennsylvania Capital-Star)

In an 86-11 vote, the Senate passed legislation expanding healthcare and disability payments to roughly 3.5 million veterans who have been exposed to burn pits since the Sept. 11 attacks.

The Honoring Our Promise to Address Comprehensive Toxics (PACT) Act bill passed over the objections of 11 senators, including Pennsylvania’s Pat Toomey. He had warned that the measure was written in a way that could allow for immense new spending unrelated to veterans’ care.

The measure would be the biggest expansion of veterans’ benefits since the Agent Orange Act of 1991, which increased access to care for Vietnam War veterans who had been exposed to the toxic herbicide that endangered generations of Vietnamese, Laotians and Cambodians.

Senate Passes Bill to Expand Benefits for Veterans Exposed to Burn Pits. “Republicans who had blocked the bill, which would extend benefits to an estimated 3.5 million veterans, allowed it to pass after trying unsuccessfully to limit funding for the treatments.” (New York Times)

Millions of Vets Suffering From Burn Pit, Toxic Injuries Set for More Benefits After Congress Passes PACT Act. “There is no doubt that the cost of caring for our veterans is high,” Jerry Moran said shortly before the Senate votes. “The truth is, freedom is not free. There is always a cost to war. And we need to remind ourselves that cost is not fully paid when the war ends.” (Military Times)

Casey, Toomey In Opposite Corners on Burn Pit Issue. “It isn’t the first time that Pennsylvania’s senators – Democrat Bob Casey Jr. and Republican Pat Toomey – have been on opposite sides of an issue. But it is one of the first occasions that one has called out the other on that issue.” (PoliticsPA)

3. On This They Agree: Josh Shapiro and Doug Mastriano Want to Cut the State’s Corporate Tax Rate

Trying to find agreement among the candidates for the governor’s mansion is no easy task. Especially with the tone that the campaign is taking three months out.

But Josh Shapiro and Doug Mastriano have found ground that they can both stand upon – cutting the Commonwealth’s corporate tax rate from 9.99 percent, second-highest in the nation. (Philadelphia Inquirer)

Mastriano Fights Back Against ‘Extreme’ Label in Lawrence County Campaign Stop. “In his first Lawrence County campaign stop since winning the Republican gubernatorial nomination, Doug Mastriano attempted to shake the extremist labels placed on him by instead painting Democrat challenger Josh Shapiro as the extreme candidate.” (New Castle News)

Voter Registration Numbers by Congressional District. There are nearly 8.75 million registered voters in the Commonwealth with Democrats at 46 percent of the electorate and the GOP at 40 percent. (PoliticsPA)

To Cameo or Not to Cameo? That’s the Question for Political Campaigns. “We’ve seen candidates throwing these Hail Marys out there on this advertising platform that we haven’t seen weaponized yet,” said Casey Burgat, director of the legislative affairs program at George Washington University.” (Roll Call)

Fetterman Has a Powerful Blue Collar Image. Republicans Say His Comfortable Upbringing Tells a Different Story. “John Fetterman has acknowledged having a “cushy” suburban childhood and receiving financial assistance from his parents. Republicans say that undermines his image as a Pennsylvania everyman.” (Philadelphia Inquirer)

RNC Links Up With ‘Stop The Steal’ Advocates to Train Poll Workers. “Recordings of recruitment “summits” show party officials working with Cleta Mitchell and other leaders of Trump’s efforts to overturn the 2020 election.” (POLITICO)