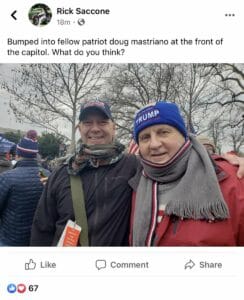 Mastriano Threatens to Pull Out of Jan. 6 Committee Interview. Fetterman to Return Campaign Trail This Week. School Districts Lay Out Plans for New Funding. Here is the Playbook.

1. Mastriano threatens to renege on testifying to Jan. 6 panel

“Pennsylvania GOP gubernatorial nominee Doug Mastriano is threatening to pull out of a scheduled interview with the Jan. 6 select committee, teeing up a legal fight with the panel.

In a letter sent to the House committee on Aug. 5, Mastriano’s lawyer, Tim Parlatore, said the Republican would not testify unless Parlatore can record the session. The select panel is sure to reject that condition.” (POLITICO)

Doug Mastriano, set to testify next week about Jan. 6, worries about clips of testimony leaking
“State Sen. Doug Mastriano, the Republican nominee for governor in Pennsylvania, has a date Tuesday with the congressional committee investigating the deadly Jan. 6, 2021, U.S. Capitol attack. Whether he answers questions during that deposition is still an open question.” (Philadelphia Inquirer)

Carrie DelRosso with Bob Cordaro
“Carrie DelRosso, Republican candidate for Lieutenant Governor in Pennsylvania calls into The Bob Cordaro Show to not only discuss her candidacy but also Doug Mastriano’s for Governor.” (WILK Newsradio)

The long-awaited return of John Fetterman to the public campaign trail is now on the books for Friday, August 12, in Erie.

The campaign made the announcement in an email to supporters and media. (PoliticsPA)

David McCormick turns his energy to boosting former opponent Mehmet Oz.
“McCormick will do his first event with Oz on Sept. 7 in Pittsburgh at a national security event.” (Washington Examiner)

Mehmet Oz, John Fetterman getting their messages out during the calm before the storm
“Gearing up for the final 100-day stretch before voters decide who wins one of the country’s most crucial U.S. Senate seats, Democrat John Fetterman and Republican Mehmet Oz are sprinkling their social media pages and campaign messaging with themes that may ultimately define the race when it’s all said and done.” (Pittsburgh Post-Gazette)

Mehmet Oz talks to veterans near Scranton about mental health, COVID-19, and fighting the status quo
“Mehmet Oz pitched his medical background and conservative values to veterans Friday, calling a vote for him a rejection of the “status quo” that he blamed for many of the issues veterans face.” (Philadelphia Inquirer)

“Schools across Pennsylvania – especially those the state has labeled as underfunded – will be welcoming students in the coming weeks with more cash in their budgets.

The state’s lowest-funded districts – about a fifth of its 500 public school groups – are getting $225 million more, on top of almost $850 million in basic and special education cash.” (WITF)

Pipeline developer pleads no contest in pollution cases.
“The developer of a major pipeline system that connects the Marcellus Shale gas field in western Pennsylvania to an export terminal near Philadelphia pleaded no contest Friday to criminal charges that it systematically polluted waterways and residential water wells across hundreds of miles.” (Associated Press)

Critics call water quality bill moving through Pa. legislature a back door to privatization
“Pennsylvania lawmakers are weighing legislation that would make it easier for private water companies to target municipal authorities for acquisition, purchases that new research shows can lead to higher bills for consumers.” (Spotlight PA)

Pennsylvania state House races to watch
“Several races in the November election could decide the fate of the General Assembly under a new administration.” (City & State PA)

Who’s running for Congress in Pennsylvania in 2022? A City & State guide.
“City & State provides a glimpse of who is running in each of the state’s 17 congressional races, and how election forecasters are rating each race.” (City & State PA)