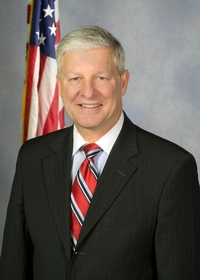 State Representative Bryan Barbin (D-Cambria) is throwing his name into the mix for one of the two open seats on the Commonwealth Court.

“I have spent time in each branch of government,” Barbin said in a phone interview.

“Commonwealth Court judges apply the rules found in the Constitution, not just the rights of the citizens, but the process of enactment of laws and judges with my experience can see the legislative record and gain additional insight and perspective other judges might now have,” he said.

Barbin is serving his fifth term in the State House.  He has served in all three branches of government, having been a clerk to former Chief Justice of the Pennsylvania Supreme Court Henry O’Brien, and a deputy attorney general.

“I spent time in each branch, and saw that it is helpful to have judges with legislative experience who know that they are looking at,” Barbin said of his benefits of his experience.

Barbin is one of a dwindling number of Democratic Representatives from western Pa. He is a ‘blue dog’ Democrat, a former Democratic chair of the House pro-life caucus. He currently chairs the House Game and Fisheries Committee.

“Having everyone on board is very important for any court, but more so on the Commonwealth Court that protects people’s rights.  Part of that is having geographical and ideological balance on the court,” Barbin said.

If Barbin were to win the race for the Commonwealth Court, it would be a battle for the House Democrats to hold onto his seat.  It has been a heavily targeted seat by Republicans since 2010.

Note: Barbin was given a “Recommended” rating by the Pennsylvania Bar Association.