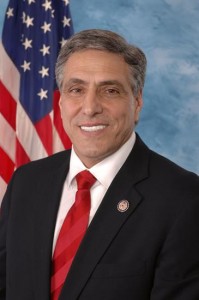 “Everyone deserves a fair shot and a fair shake, and everybody should play by the same rules.”

This equality motto has been a central theme of President Obama’s re-election campaign.

However, one prominent PA voice on illegal immigration slammed Obama’s recent executive order to halt deportations of some younger immigrants who came to the country as children, calling it de facto amnesty that allots unfair benefits to some.

In a statement Sunday, Rep. Barletta (R-Luzerne), chairman of the 112th Class Immigration Caucus, claimed that Obama has “discarded any pretense of acting fairly.”

“Thanks to President Obama, some illegal aliens will be rewarded for breaking American immigration laws with federal permission to stay in the United States permanently.”

The issue is Barletta’s wheelhouse. He rose to national prominence as Mayor of Hazleton, PA in 2006 for his tough anti-illegal immigration measures, including fines for landlords who rented to them. The rules were later overturned in federal court.

“The president not only ignored the will of Congress, which has wisely and repeatedly refused to grant such amnesty, and the separation of powers enumerated in the United States Constitution. He changed the rules and unfairly punished American citizens and those who are legally in this country.”

The DREAM Act, congressional legislation aimed at easing the path to citizenship for such residents, passed the House last session but failed to achieve cloture in the Senate.

Barletta further called the amnesty an expansion of presidential power and an attack on the U.S Constitution.

For the first few years of his term, Obama’s administration frequently noted that it had actually increased the pace of deportations. Most observers agree that the reversal – like Obama’s endorsement of gay marriage a few weeks ago – is an attempt to rally the Democratic party base in an election year.

Governor Tom Corbett was asked about the order after Mitt Romney’s appearance in Cornwall, Pa Saturday. He emphasized that he hadn’t had the chance to look thoroughly at the policy and offered just a “quick observation” about it.

“The first question in my mind well was can he do that or does Congress have to do that?…I don’t know if he has the authority,” he said. “Clearly it’s an election year; if he really felt that way why didn’t he do it in the first year, or the second year, or the third year?”

But, he seemed at least open to the idea of a citizenship path for children of illegal immigrants.

“That’s a tough question. I’ve spent time in – I actually went to law school in San Antonio, so I understand the issue from that standpoint. I think that conceptually, we need to be looking at that and work on it,” he said. “But to me, that’s a congressional decision rather than a presidential one.”

About 5.7 percent of PA’s population is Hispanic or Latino, according to the 2010 census. the National average is 16.7 percent.