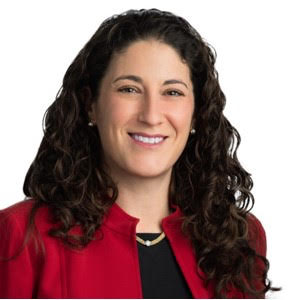 The 2021 race for Pennsylvania’s Superior Court is on.

Jill Beck, an attorney from Pittsburgh, announced her candidacy for the State Superior Court.

“For as long as I can remember, I wanted to help people who don’t have a voice and be an advocate for the underserved. This is what drew me to pursue a legal career nearly 20 years ago,” Beck said. “I know first hand that justice is served only when every person – regardless of race, ethnicity, religion, gender, sexual orientation, gender identity, disability or income – has fair and equal access to the courts. I am running for Pennsylvania Superior Court to ensure that all Pennsylvanians have a voice in our legal system.”

Courts should work for everyone. I am proud to announce that I am running for PA Superior Court to ensure that all Pennsylvanians have a voice in our legal system. Join me in the fight for impartial justice. #ElectJillBeck #JusticeForALL https://t.co/K7AsTmc5MX pic.twitter.com/DZopj41nD4

Beck spent ten years as a law clerk for Christine Donohue, first on the Superior Court and then the Pennsylvania Supreme Court. In that role, Beck drafted decisions for criminal, civil, family, juvenile, and orphans’ court cases.

Prior to working for Justice Donohue, Beck worked as an attorney for the nonprofit organization KidsVoice. She fought for hundreds of abused and neglected children during her time with the nonprofit.

Most recently, Beck has spent the last year in private practice as a civil litigator at Blank Rome in Pittsburgh. Beck cited Blank Rome’s “commitment” to providing free legal services to those who cannot afford them as why she works there. In this role, she has represented victims of domestic violence, assisting those experiencing housing insecurity, aiding in voter protection efforts and helping criminal defendants unable to afford legal representation.

Beck, a Democrat, is the first candidate to formally announce a bid for the statewide position. In Dec. 2019, PoliticsPA reported that Beck was considering a run for Superior Court in 2021, if a seat opened up.