Behind the Scenes, Four Dems Gear Up for Auditor Primary 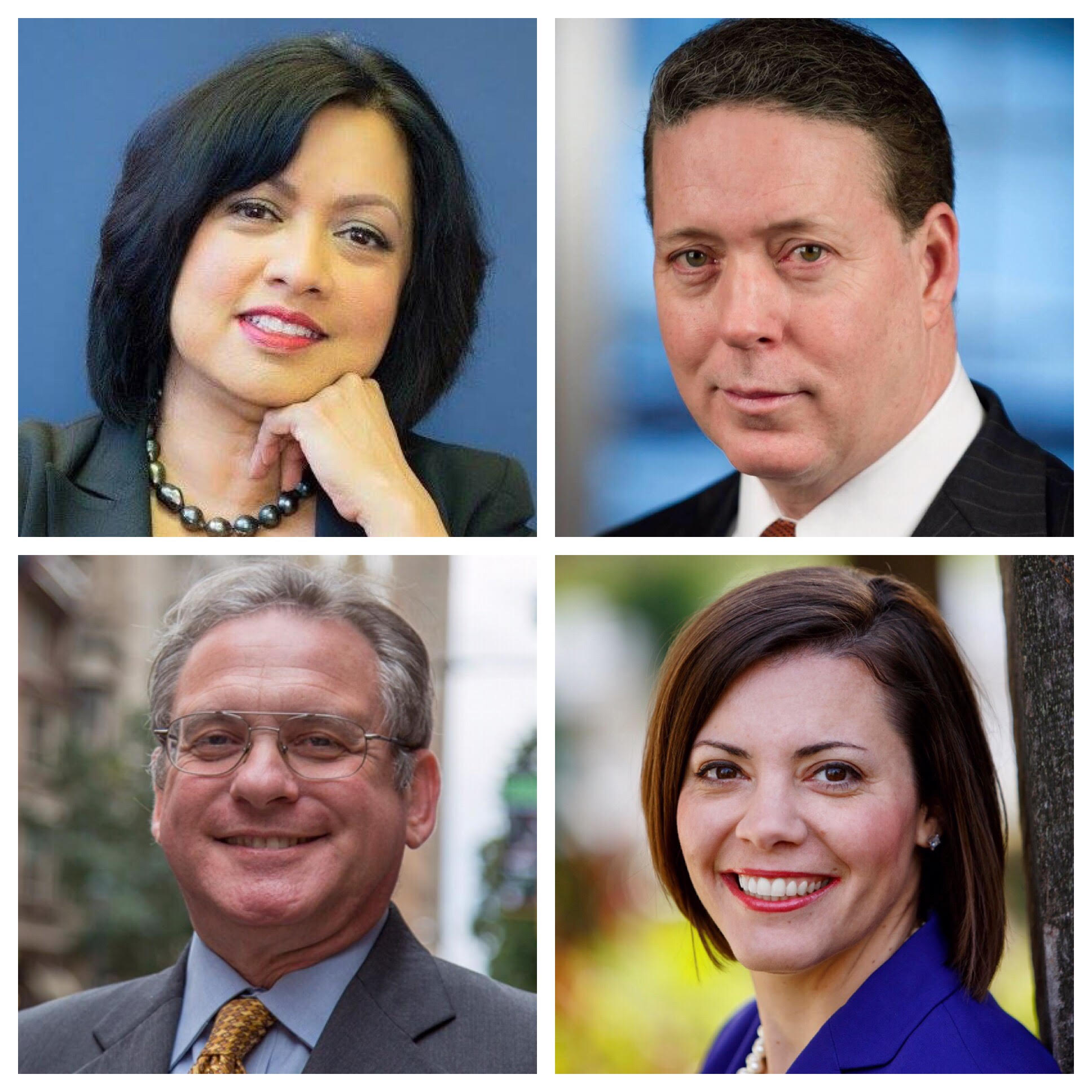 “I’d say it’s beyond mulling,” Butkovitz said in an interview with PoliticsPA. “I haven’t formally announced, that’ll probably be after this year’s election, but I’m doing everything else.”

“I’ve been asked to run for this position and definitely interested in exploring that opportunity and I’ll make my decision in the next couple of weeks,” Hartman said in an interview with PoliticsPA.

“I’m focused on what’s going on right now, I’m running for reelection as Pittsburgh City Controller,” Lamb said in an interview with PoliticsPA. “But I’ve had a lot of people across the state reach out to me and you know I’ve made it clear that I won’t rule it out and that I’m going to give it very serious consideration.”

Ahmad was the first to float her name; her spokesperson confirmed her interest in June. “I am hopefully going to be formally announcing soon,” Ahmad said in an interview with PoliticsPA. “I’ve been assembling my team to make sure we are very properly organized and have a top shop campaign.”

The office is often seen as a stepping stone to higher things, especially since Bob Casy Sr. won his bid for Governor and Bob Casey Jr. won his bid for U.S. Senate. DePasquale is finishing his second term as Auditor and recently announced his candidacy for Congress.

Ahmad served as Philadelphia Deputy Mayor for Public Engagement for Philadelphia from 2016 to 2017 and on President Barack Obama’s Advisory Commission on Asian Americans and Pacific Islanders and as the President of the Philadelphia Chapter of the National Organization for Women (NOW). She finished second in the five candidate Democratic primary for Lt. Gov, in 2018 behind Braddock Mayor and eventual winner John Fetterman. Ahmad captured 23% of the statewide vote, while finishing second in Philadelphia behind incumbent Lt. Gov. Mike Stack.

She believes her career advocating for a variety of causes has prepared her to take on this role and deliver “accountability and transparency” to the office.

“Two things are in short supply in Pennsylvania,” Ahmad said. “Accountability and transparency. That’s what this office is all about.”

Ahmad believes a number of issues are important that she would tackle if elected, but specifically cited sexual harassment in government as the first answer.

“I’m a strong advocate for women,” Ahmad said. “I want to use this office to shine a bright light on sexual harassment in government.”

Ahmad, who has a PhD in Chemistry and years in medical research added that she’s interested in taking on “big pharma” and fighting the opioid crisis, use data to work with legislatures to push gun control measures, and funding for public schools.

“It’s sort of a perfect job for an advocate,” Snyder said to PoliticsPA in June. “The position has never really been occupied by a true progressive voice.”

Butkovitz served as the Philadelphia City Controller from 2006-2018, and represented the 174th state House District in Northeast Philadelphia from 1991-2005. Butkovitz was defeated in the Democratic Primary for City Controller by Rebecca Rhynhart in 2017, and ran an unsuccessful bid against Mayor Jim Kenney this year.

He said he thinks he has the “strongest record of an elected Auditor in Pennsylvania” and pointed to his record as City Controller where he said his office was “aggressively uprooting corruption.” He credited his office of calling out the “dangerous physical condition” of the Philadelphia public schools a decade ago, took pay to play out of the Philadelphia pension fund, provided evidence against Sheriff John Green, who just began a 5 year prison sentence after pleading guilty to a bribery scheme, and more to effect policy in Philadelphia.

“Generally speaking, we were much more aggressive than Controllers tend to be,” Butkovitz said.

“I think climate change is a priority issue now,” Butkovitz said. “I think there’s a lot of debate at the state level about whether the Wolf program goes far enough. I mean we’re facing an imminent crisis in that area and I think that’s one of the forward looking issue areas that really ought to be laid out by the Auditors, because once something turns into a battle in the legislature or the governor’s level, all objective analysis is out the window.”

Hartman, who ran for Pennsylvania’s 16th Congressional District in 2016, but lost to Rep. Lloyd Smucker (R-Lancaster), considers herself a “global advocate for democracy, fair elections, and government accountability” according to her campaign website, and has worked managing and advocating for non-profits, including Freedom House, the National Democratic Institute, and the Joyful Heart Foundation.

She said she’s been holding governments accountable around the world her whole career and worked on federally funded programs to ensure that taxpayer dollars are used efficiently and effectively.

She believes that the next Auditor General should continue the work that DePasquale has done in the office, who was first elected in 2012.

“I mean if I were going to seek this role out, it would be in the name of continuing and protecting the great work that Eugene (DePasquale) has done and making sure that we continue that work and perhaps go deeper in certain areas and make sure that government continues to be held to account in the ways that he’s done,” Hartman said.

She said the two issues most important to Pennsylvanians are healthcare and education and would make them priorities if elected to office. She also added that criminal justice is important to the office as well.

Lamb, who has served as Pittsburgh’s City Controller since 2008, is seeking a fourth term as Controller in November, where he is running unopposed. He told PoliticsPA that his focus remains on securing the fourth term, but has been contacted by people from across the state and is going to give a 2020 Auditor General run “very serious consideration.”

Lamb also pointed to his record as City Controller as proof that he’d be a good candidate to be the next Auditor General. He said he’s made the office in Pittsburgh a “beacon of transparency and open government” and said they’ve conducted audits on every department in the city and have helped improve policy for the people of Pittsburgh. He specifically cited leading the fight against privatization of public assets, mentioning parking assets and recently with the water system, and keeping that money in Pittsburgh. He said he views the office of Auditor General very similar to the City Controller role.

Lamb believes that there are many issues so important to Pennsylvanians, but said that a priority if elected Auditor General would be healthcare, education, and fair wages.

“So if you are asking me to categorize it, I’d say healthcare, education, and fair wages,” Lamb said. “That’s what we’d focus on.”

Lamb said that he’ll make a decision of whether he’ll run for Auditor General or not after the current election in 2019.