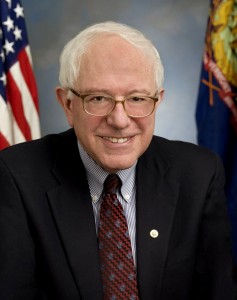 There may be turmoil in Philadelphia yet.

According to Evan McMorris-Santoro of Buzzfeed, Bernie Sanders supporters were training in preparation for arrests at the Democratic National Convention in Philly.

The demonstration occurred at last week’s People’s Summit, a gathering of Sanders backers in Chicago.

“In the basement of the Lakeside Center, where the Summit was held, some of those younger Sanders supporters prepared for what they called ‘direct action’ — loud, consistent, and perhaps disruptive protest outside the Democratic National Convention in Philadelphia,” McMorris-Santoro wrote. “Several dozen of them attended a training on how to march, how to follow a chant, how to defy police orders to disperse by sitting and locking arms in what’s called a ‘human chain,’ and how to conduct themselves when the police stepped in and physically removed them.”

Apparently there was a split among attendees by age. Older leaders made the case for using their influence to help draft the party’s platform and recruit down-ballot candidates. The younger members were more in favor of protests.

The Sanders people seemed convinced that Philadelphia authorities are looking to arrest protesters while Mayor Jim Kenney’s Communications Director Lauren Hitt pushed back against that notion.

Last month, the Vermont Senator dismissed concerns about a “messy” convention and the Sanders campaign is already planning on holding a rally in FDR Park the day before the convention on July 24th. Sen. Sanders has stopped actively seeking the Democratic nomination but has yet to actually concede to Hillary Clinton.