Beto To Campaign in Pittsburgh, Erie 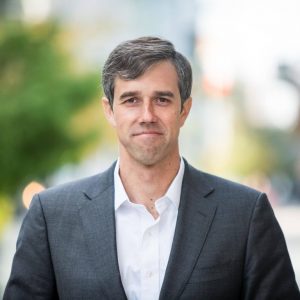 Former Texas Congressman Beto O’Rourke (D-TX) will be making campaign stops in Pittsburgh and Erie this week as a part of the 2020 Democratic presidential hopefuls swing through four states to “continue to urge decisive action on gun violence” according to a release from his campaign.

O’Rourke will hold a town hall at Schenley Plaza in Pittsburgh on Wednesday starting at 11:30 a.m., while he plans to meet with workers which will include members of SEIU Healthcare prior to the town hall according to WESA. On Thursday, O’Rourke will hold a town hall discussing the same topics at Lavery Brewery in Erie, starting at noon. Other stops during this campaign swing include visits in Illinois, Indiana, and Ohio.

Although the focus of this campaign swing has centered around O’Rourke’s plan to combat gun violence, which includes pushing for legislation of mandatory buybacks of AR-15 style of guns, WESA reports that he plans on talking about labor issues and impeachment proceedings in the state.

This will be O’Rourke’s second campaign visit in the state. He was the first 2020 Democratic presidential candidate to hold an official campaign event in Pennsylvania in March when he visited State College.

The Trump administration has kept a presence in Pennsylvania in recent months as well. Trump spoke at an ethane cracker plant in Beaver County in mid August touting his administration’s economic policies and he held a rally in Montoursville in May, the day before the state’s primary. Vice President Mike Pence made two visits in the state during the summer promoting USMCA and headlined a PAGOP dinner in June.

Former Vice President Joe Biden has remained the leader in national polls and in Pennsylvania, while O’Rourke has found himself more towards the middle of the crowded field. An Emerson College poll conducted in late March had O’Rourke tied for fifth place garnering than 5% of the vote in the Democratic primary in Pennsylvania. A Morning Call/Muhlenberg College poll conducted in April had O’Rourke in sixth place with 3% of the vote in the state’s primary. The most recent Franklin and Marshall College poll in August had O’Rourke at about 1%. The Real Clear Politics Average of national polls has O’Rourke registering at 2.9%, putting him in 7th place in the crowded primary.

The Pennsylvania Republican Party did not immediately respond to comment on these upcoming campaign appearances.