Biden and Harris To Visit Flight 93 Memorial on 9/11 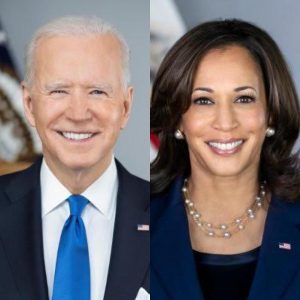 President Joe Biden and Vice President Kamala Harris will travel to the Flight 93 Memorial near Shanksville on September 11.

The Pittsburgh Post-Gazette reports that Harris is scheduled to attend the observance ceremony, while Biden will visit the site later in the day. According to a release from the White House Press Office, the President and First Lady “will honor and memorialize the lives lost 20 years ago with travel to all three sites of the 9/11 attacks: New York City, New York, Shanksville, Pennsylvania and the Pentagon in Arlington, Virginia.”

Former President George W. Bush will deliver the keynote address at the annual September 11 Observance at Flight 93 National Memorial near Shanksville to commemorate the 20th Anniversary of 9/11.

In addition to Bush delivering the keynote address, WTAE reports that Interior Secretary Deb Haaland; Gov. Tom Wolf; Capt. David Kurtz, of the USS Somerset; and Gordon Felt, whose brother, Edward was a passenger on Flight 93 are also scheduled to speak.

Last year’s ceremony included a speech from then-President Donald Trump, while Biden visited the site and laid a wreath at the memorial and met with families, according to the Associated Press.