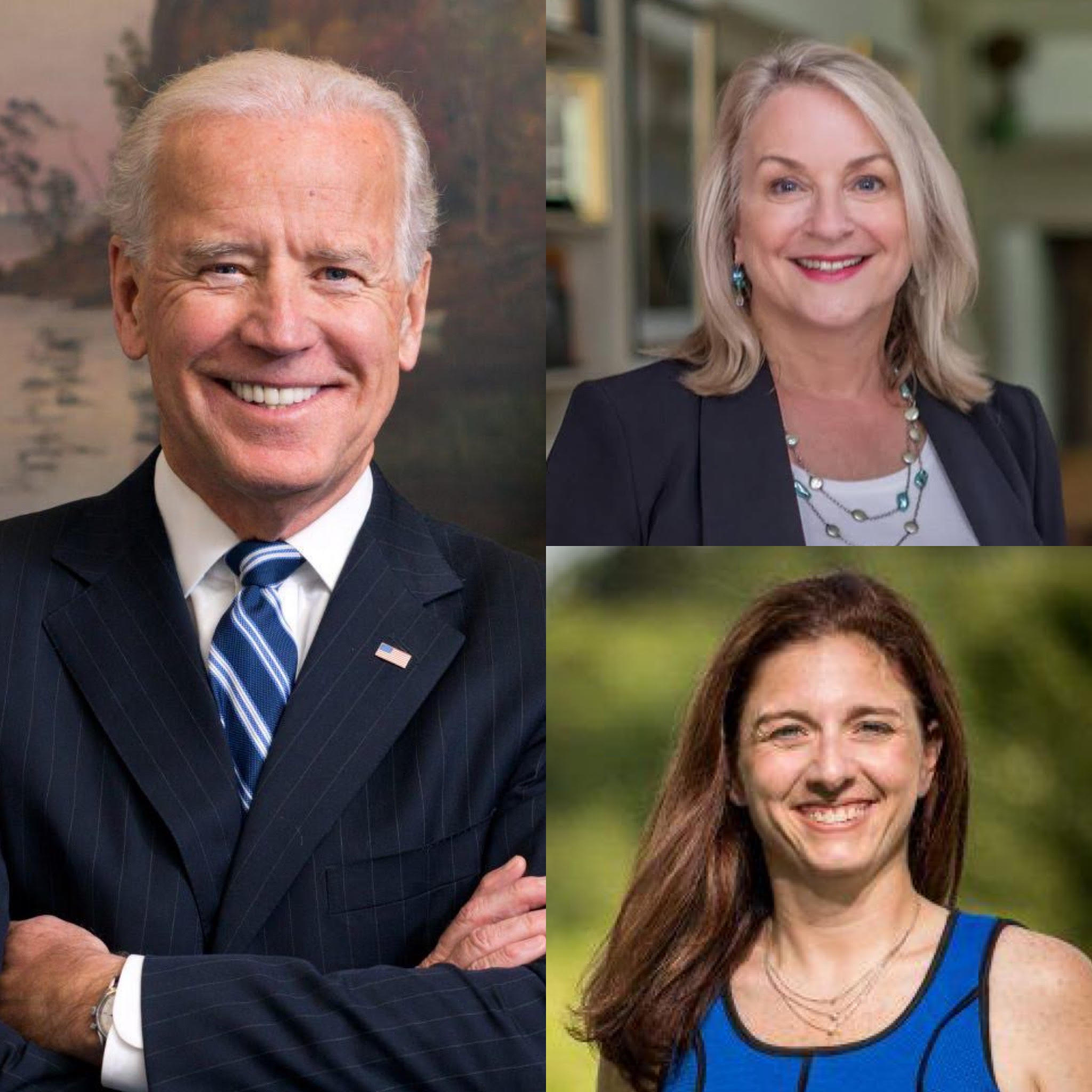 In separate releases, the Democratic presidential nominee described Finello as a “fighter” and credited Wild for her work on several matters while serving in Congress.

“Christina Finello is a fighter. She’ll fight for her district because she knows the struggles families there are going through – she’s gone through many of them herself,” Biden said in a statement. “We need more folks like her in Congress and I’m proud to stand by her side.”

“Susan Wild always puts the needs and the people of her district first and I am proud to support her,” said Biden. “Her willingness to put politics aside and work with anyone has delivered results for her district — from securing more funding for Lehigh Valley public schools to lowering the cost of healthcare and prescription drugs. Susan Wild is a proven champion for Lehigh Valley.”

Both Finello and Wild thanked Biden for his endorsement into their races.

“I am proud to have Vice President Biden’s support in this election,” Finello said in a statement. “Hard-working Americans in Bucks and Montgomery counties have been hit hard by the coronavirus. They need leaders they can trust to always fight for them in Washington. That’s why I’m committed to expanding affordable health care, lowering the cost of prescription drugs, and rebuilding our economy so it works for working people.”

I’m proud to have Vice President Biden’s support. Hardworking Americans in Bucks and Montgomery counties need leaders they can trust to always fight for them in Washington. That’s why I’m committed to expanding affordable healthcare and rebuilding our economy so it works for all. pic.twitter.com/Rt5KLd5ULZ

“I’m honored to have the endorsement and support of Vice President Joe Biden,” Wild said. “Having the endorsement of a man who knows the struggles and priorities of Pennsylvania speaks volumes. He understands the need for affordable healthcare, quality public education, and continued support for the manufacturing and small business communities in our district. I look forward to working with a White House that not only understands the needs of the seventh district, but is also committed to producing real solutions for the people back home.”

Fitzpatrick and Lisa Scheller’s campaign did not immediately respond for comment on the endorsement.

Although Biden has delivered endorsements in both races, President Donald Trump has only provided one endorsement for the GOP candidates. Prior to the GOP primary for the 7th District, Trump announced his support for Scheller’s bid over Dean Browning.

Both districts are expected to play a critical role in determining the outcome of the presidential election in the state and which party is in the majority for the next Congress.

While there has been no public polling of the race in PA7, a bevy of internal polling has been released in PA1.  GOP internal polls have shown Fitzpatrick up by double digits, while Democratic internal polling shows Fitzpatrick and Finello neck and neck. However, one constant in this polling is that Biden holds a lead over Trump in this purple-trending-blue suburb of Philadelphia.

Fitzpatrick, who is currently in his second term in Congress representing the Philadelphia suburban district, defeated Democrat Scott Wallace by just over 2.5 points in the November midterm. Fitzpatrick was just one of two Republicans nationwide to weather the blue wave in 2018 by winning boundaries that narrowly went to Sec. Hillary Clinton in 2016.

Wild is serving her first full term in Congress after defeating Republican Marty Nothstein by 10 points for the open seat in the Lehigh Valley. She also defeated Nothstein by a razor thin margin in the special election to represent the old 15th District, which was vacated by Rep. Charlie Dent (R-Lehigh), giving her a head start in Congress over many of her incoming freshman colleagues. Sec. Hillary Clinton narrowly bested Trump in these boundaries in 2016.