Biden Nominates Gutmann To Serve As Ambassador To Germany 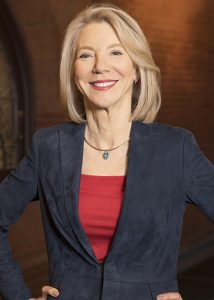 On Friday, the White House announced that President Joe Biden has nominated University of Pennsylvania President Amy Gutmann to serve as U.S. Ambassador to Germany. The announcement from the White House comes just a few days after Der Spiegel, a German newspaper, broke the news about Biden’s intention to nominate Gutmann.

“I cannot overstate what a meaningful and extraordinary honor it is to be nominated by the President for this important position of service to our country,” Gutmann said in a statement. “As the daughter of a German Jewish refugee, as a first-generation college graduate, and as a university leader devoted to advancing constitutional democracy, I am grateful beyond what any words can adequately express to President Biden for the faith he has placed in me to help represent America’s values and interests to one of our closest and most important European allies.”

Gutmann has served as the eighth President of Penn since 2004.

POLITICO reports that Gutmann has “close ties to the president,” and cites Biden launching his 2016 “Cancer Moonshot” program at Penn’s Abramson Cancer Center, plus him accepting an “honorary professorship post” in 2017.

If confirmed, Gutmann would be the first woman to hold the position, according to POLITICO.

Another influential Pennsylvanian may be slated to join Biden’s administration as well. The Washington Post reported in May that Comcast Executive David L. Cohen “probably will be nominated as U.S. ambassador to Canada.”