Biden to Republicans: “You Can’t Be Pro-Law Enforcement and Pro-Insurrection” 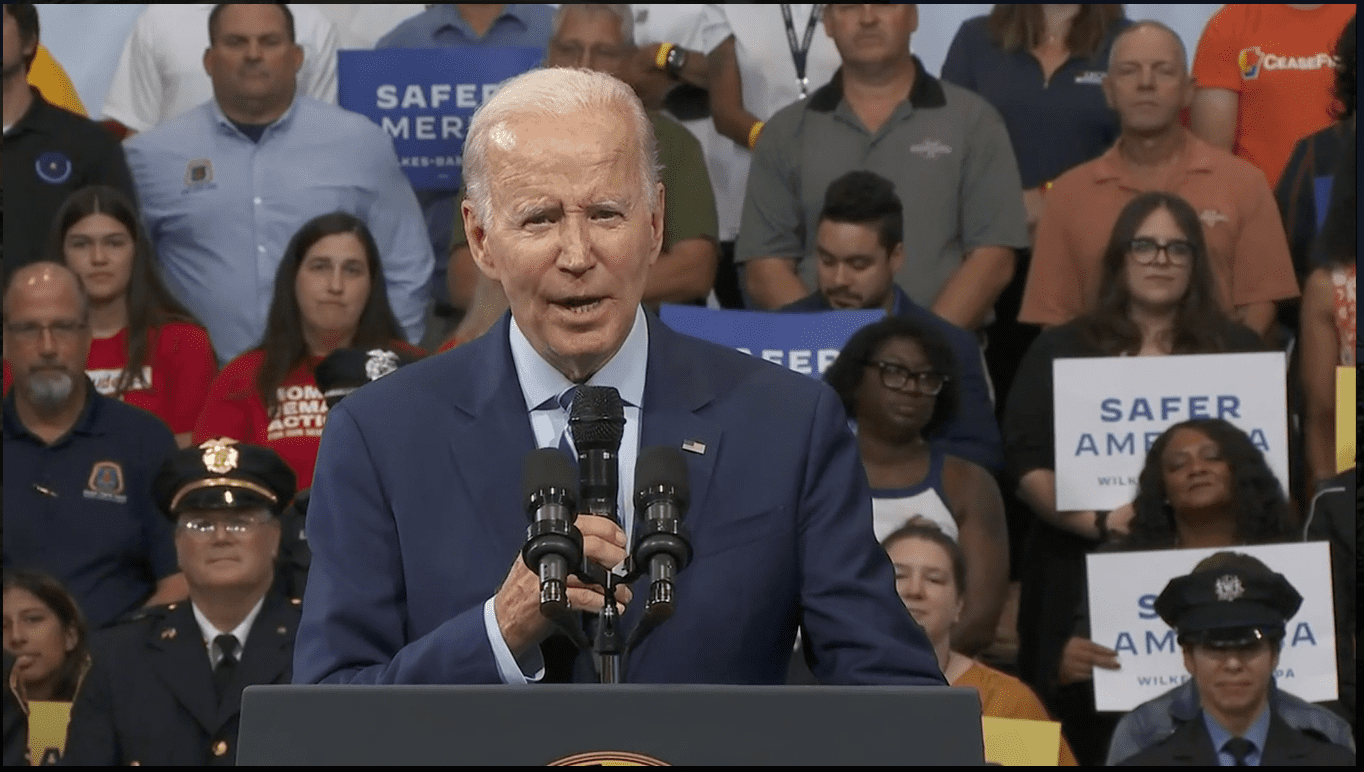 President Joe Biden made good on his promise to reschedule a visit to Wilkes-Barre today with a 35-minute speech at the Marts Center on the campus of Wilkes University.

The 46th president focused on law enforcement and his Safer America Plan – his administration’s crime-prevention effort. Biden also took the opportunity to tell Congress to bring back the federal ban on assault-style weapons that was allowed to expire in 2004.

“My Safer America Plan based on simple notion, ” said Biden. “Not defund the police, it’s FUND the police.

“We beat the NRA,” he animatedly continued. “We took them on and beat the NRA straight up. You have no idea how intimidating they are to elected officials. We’re not stopping here. I’m determined to ban assault weapons in this country! Determined. I did it once before. And I’ll do it again.”

Biden also brought up statistics from 2021 to highlight the importance of his plan.

“48,000 people died from gunshot wounds in 2021 – 26,000 by suicide,” he said. “When guns are the #1 killer of children in America … more children die from guns than active-duty police and and active-duty military combined.

“We have to act for all those kids that never make the news. Kids need to learn to read in school, not duck and cover.”

The President saved his strongest words for last, calling out congressional Republicans.

“To my MAGA Republican friends in Congress, don’t tell me you support law enforcement if you don’t condemn what happened on the 6th,” he told the audience. “For God’s sake, whose side are you on?

You can’t be pro-law enforcement and pro-insurrection.”

Biden rescheduled his visit to the Wilkes campus after postponing last month due to a bout with COVID-19.