Biden To Speak in Pittsburgh 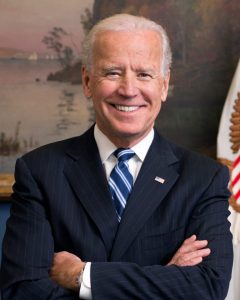 Former Vice President Joe Biden will return to the Keystone State on Monday afternoon to deliver an address in Pittsburgh.

According to a release from Biden’s campaign, the former VP’s speech aims to ask voters if they “are safe in Donald Trump’s America.”

“COVID runs unchecked throughout the country, killing thousands of Americans a week and turning our economy upside down. Parents around the country are struggling to send their kids to school safely. And Donald Trump continues to fan the flames of division and encourage chaos in our cities, rather than trying to calm tensions and heal this country,” a press release from the Biden campaign reads. “On Monday, Joe Biden will offer a different vision for a better future in Joe Biden’s America.”

President Donald Trump shot out a tweet late Sunday night criticizing Biden’s upcoming visit to the state and said the reason for the visit was due in part to his poll numbers “PLUNGING!.”

“Joe Biden is coming out of the basement earlier than his hoped for ten days because his people told him he has no choice, his poll numbers are PLUNGING! Going to Pittsburgh, where I have helped industry to a record last year, & then back to his  basement for an extended period…,” Trump wrote in a tweet. “….His problem is interesting. He must always be weak on CRIME because of the Bernie Sanders Radical Left voter. If he loses them, like Crooked Hillary did, he is “toast”, and many will vote for me because of TRADE (Bernie was good on trade). Joe MUST always be weak on crime!”

This will be Biden’s first visit to the state since early July when he discussed his economic agenda following the coronavirus pandemic in Lackawanna County.

It’s slated to be a very busy week in Pennsylvania for both campaigns.

Vice President Mike Pence will participate in a “Workers for Trump” event in Luzerne County on Tuesday afternoon, aiming to boost Trump’s “pro-growth, pro-jobs agenda.” Trump will deliver remarks in Westmoreland County on Thursday evening, according to a release from his campaign on Monday morning. Trump’s most recent visit to the state was on August 20 in Old Forge where he described Biden as Pennsylvania’s “worst nightmare.”

Recent polling indicates that Biden has the slight edge over Trump in the state. The Real Clear Politics average shows Biden besting Trump by 4.7 points in Pennsylvania.

5 thoughts on “Biden To Speak in Pittsburgh”