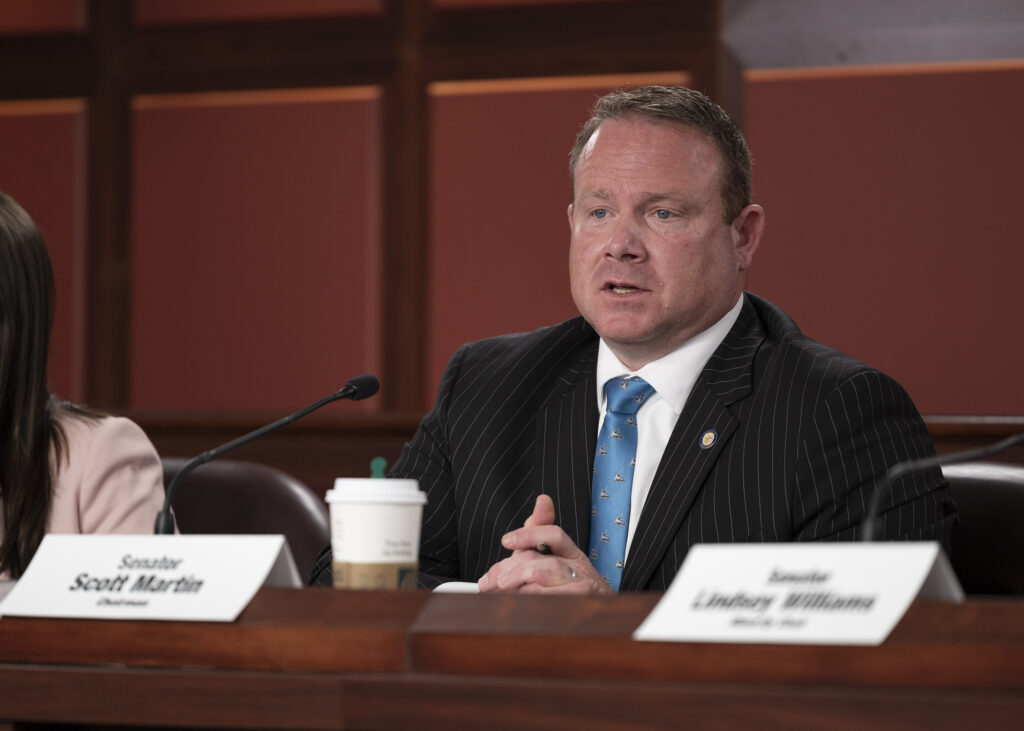 A pair of bills sponsored by state senators Scott Martin (R-Lancaster) and Ryan Aument (R-Lancaster) to limit discussions of gender identity and sexual orientation in schools advanced out of committee on Tuesday.

Senate Bill 1277 would require schools to identify sexually explicit content in school curriculum and materials and notify parents that their child’s coursework includes such content. Senate Bill 1278 would prohibit classroom instruction on gender identity and sexual orientation for pre-kindergarten through fifth-grade students, consistent with the timeline for when the existing academic standards on general sex education begins in sixth grade.

“Parents should know what their children are being exposed to in school, period,” said Aument in a statement. “And beyond that, they should have the opportunity to opt their child out of exposure to certain explicit curriculum and be provided with alternative options by the school. At the end of the day, parents – not the government – should have final say in how their children are educated.”

Under SB 1277 – the Parental Control of Student Exposure to Sexually Explicit Content in Schools bill – parents would have the opportunity to review learning materials and the power to opt their children out of that coursework or prevent their child from viewing that particular book from the library.  If the parent decides to opt their child out of coursework, the child will be provided with a non-explicit alternative.

In addition to prohibiting classroom instruction on gender identity and sexual orientation for pre-kindergarten through fifth grade students, SB 1278 – the Empowering Families in Education Act – would also:

The bills still need to be approved by the full Senate and House before they would go to the governor. Gov. Tom Wolf has already signaled that he would veto either bill should they come to his desk.

Opponents of the proposed bills have likened them to legislation passed in Florida earlier this year that were labeled as “Don’t Say Gay” bills.

“Pennsylvania was founded on the basis of inclusion, and the Wolf Administration has fought to ensure that Pennsylvania will continue to be a state that welcomes and protects all of its residents,” said Rafael Álvarez Febo, executive director of the LGBTQ Affairs Commission, in a press release. “This bill, which was introduced in the middle of Pride Month, is a cruel attempt to politicize LGBTQ people and deny their humanity in order to score cheap political points.”

“I have serious concerns about any effort aimed at censoring educators and preventing them from valuing, affirming, and supporting students and their families because of their sexual orientation or gender identity,” said ​Pennsylvania State Education Association (PSEA​) President Rich Askey in a statement. “Lawmakers should focus on the very real challenges facing our public schools right now, including reducing substitute and teacher shortages, hiring more mental health professionals in our schools, keeping our schools safe, and passing a state budget that properly funds public education. Educators spend their lives teaching and supporting their students. We don’t need politicians telling us how to do our jobs.”

“It’s important to note that Senate Bill 1278 does nothing to prohibit organic, student-initiated discussions of sexual orientation and gender identity for any age group,” said both senators. “Our goal is certainly not to ostracize, demonize, or harm LGBTQ students in any way; rather, we want to find a fair solution that honors the very real concerns of parents that these sensitive topics are consistently being taught without their consent or knowledge to elementary school students.”