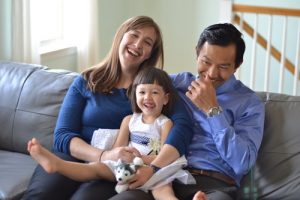 “As a scientist, running for office is the only way to bring science back into policy making,” Sheehan told PoliticsPA in a phone interview.

Sheehan holds a PhD in biochemistry and biophysics from the University of Pennsylvania and is currently a medical researcher.

“Donald Trump is making decisions based on flawed ideology, false rumors and fake news – and too often, Pat Meehan is taking his side. As a scientist, I make decisions based on facts and evidence. That’s what I’ll do In Congress too,” Sheehan said in a release announcing her candidacy.

Sheehan is being mentored by 314 PAC, which was founded by former PA-8 candidate Shaughnessy Naughton to help STEM professionals run for public office.

“They are a perfect organization for me, they bring a lot of experience to the table,” Sheehan told PoliticsPA.

Sheehan’s husband Ian came to the U.S. from Taiwan to pursue his career as a pediatric anesthesiologist.  The two have a two year-old daughter.

Democrats are looking to start a wave in 2018, and Sheehan may be the face they are looking for: a millennial bioengineering PhD with a personal connection to immigration.

Meehan was re-elected in 2016 by almost 20 points, while Clinton won his district by 4.3 points.

“I’m no scientist, but it sure seems like Molly Sheehan is already contradicting her own campaign platform. Sheehan says she makes her decisions ‘based on facts and evidence,’ but her knee-jerk opposition to Pat Meehan, Southeast Pennsylvania’s independent voice in Congress battling climate change and working to fix Obamacare, says differently,” NRCC spokesman Chris Pack said in an email.