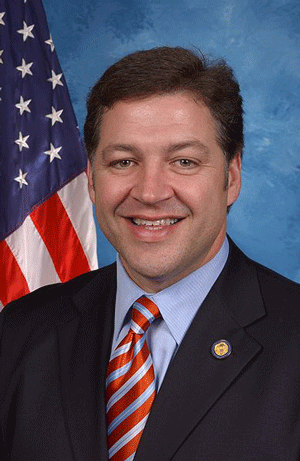 It’s where the rubber meets the road in Washington, DC, and it’s on life support. Criticism of the transportation funding bill yielded a major promotion for Rep. Bill Shuster this week. He’s been charged with shepherding the GOP’s $260 billion legislation past objections from conservative Republicans and nearly universal opposition from Democrats.

House Speaker John A. Boehner has sidelined Transportation and Infrastructure Chairman John L. Mica after his panel produced a reauthorization of highway programs that stirred strong objections from House conservatives and forced Republican leaders to regroup.

Republican leaders are now relying on Rep. Bill Shuster, R-Pa., who also serves on the transportation panel, and have given him a pivotal role in working with committee staff and leaders in an effort to write a new bill that bridges differences among House Republicans.

Shuster’s go-between role is unusual in part because he ranks 10th in the party seniority on the panel. But GOP leaders needed someone to help tap the panel’s technical expertise, and Shuster has unusual cachet for a junior lawmaker because his father, Bud Shuster, R-Pa., reigned as the panel’s powerful chairman from 1995 to 2000.

David Ubran is a prominent Republican lobbyist and a principal at the firm American Continental Group.

“It’s a big deal to be put in that position but also a big task. A giant responsibility to ‘raise the Titanic’ off the ocean floor, which I’m sure is not lost on Congressman Shuster,” Urban said. “But if there’s a man for the job it’s Bill Shuster as he’s technically and tactically smart as well as very personable.”

Urban is also one of three owners of PoliticsPA.

HR-7, the bill number of the transportation legislation, is designed as a 5 year plan. In a lean funding environment like 2012, it’s good news for Pa. to have a member of the delegation calling the shots.

“It’s very good for his district,” said State Rep. Rick Geist, Chairman of the Transportation Committee in the Pa. House. “He’ll do an excellent job. I hope we can avoid losing federal funding and get more projects.”

Geist, like Shuster, represents the city of Altoona. As Chairman, he’s been vocally advocating additional investments in infrastructure in this year’s budget.

“I can’t think of a thing we’ve ever disagreed on,” he said of Shuster.

Bob Latham is the Executive Vice President of the Associated Pa. Constructors, which advocates funding for transportation and infrastructure projects. He said Shuster’s contribution to the legislation wouldn’t come in the form of spending projects.

“The days are gone when the bill was full of pet projects, and earmarks, and members brought home a lot of stuff,” Latham said. “In today’s world, how he’ll help the state, he’ll be knowledgeable about our issues. He knows about our bridge problems, in a way someone from another state wouldn’t know.”

The transportation bill has come under sustained fire since it was originally laid out by the GOP. Democratic critics, echoed by the New York Times Editorial Board, lambaste it’s cuts to public transportation and reliance on revenues from off-shore drilling. Conservative Republicans say it doesn’t cut enough and is too close to business-as-usual. The narrow tightrope has resulted in consistent delays, bringing it up against the March 31 deadline when the short-term funding plan currently in place expires.

It’s a tightrope walk with which Shuster is well familiar. He has routinely sought to balance his conservative credibility with the rich history in southern Pa. district of members bringing home the bacon.

“Our observations and feedback we receive is that Congressman Shuster has a good rapport with leadership, and members of other factions in the House GOP,” Latham said. “I think he’ll navigate the bill to success.”

Shuster’s office is playing down any perceived slight to Rep. Mica – it’s no small thing for a Speaker to reach beyond a committee chairman – and focusing on getting the bill passed.

“Getting to 218 takes addition, not division.  Congressman Shuster has been working closely with Chairman Mica and House leadership to pass a comprehensive bill,” said Shuster Communications Director Jeff Urbanchuk. “This is a team effort – we are all focused on continuing to work together to move the highway bill forward.”