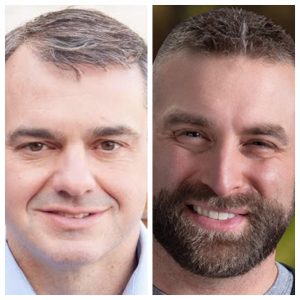 A pair of Republicans running for Congress in Northeast Pennsylvania are now “on the radar” for the National Republican Congressional Committee’s 2020 “Young Guns program.”

Jim Bognet, a former Trump administration appointee, and Earl Granville, a decorated combat veteran and veterans’ advocate, who are both seeking the Republican nomination in the 8th Congressional District were added in the NRCC’s latest round of selections for the program aimed at mentoring and supporting Republican candidates with resources to help run a successful campaign.

“These candidates are instrumental in helping Republicans reclaim the House majority,”said House Republican Leader Kevin McCarthy. “With their continued hard work and dedication Republicans will be one step closer to sending the socialist Democrats packing in November.”

While Bognet and Granville are both included in the program, there are a total of six Republicans that are seeking their party’s nomination for this Trump friendly district, including Mike Cammisa, Teddy Daniels, Luzerne County Councilman Harry Haas, and former Hazleton Mayor Mike Marsicano.

President Donald Trump has not signaled support for a specific candidate in this primary yet, but House Minority Leader Kevin McCarthy (R-CA) issued an endorsement for Granville.

The program includes both candidates during a time when the primary is heating up as they are jockeying support to appear as the “pro-Trump” candidate in the race.