Bognet Hints At Rematch Against Cartwright 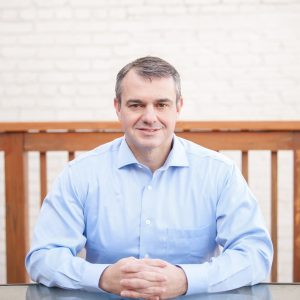 Is a congressional rematch in Northeast Pennsylvania brewing for 2022? Jim Bognet hinted at another bid for office on Monday.

Bognet, a former Trump administration appointee who lost to Rep. Matt Cartwright (D-Lackawanna) for the 8th Congressional District by 3.6 points in 2020, sent out a press release that stated he could run for office again, while also airing grievances with the outcome of his loss.

“Yesterday, Matt Cartwright was sworn in for his fifth term representing Northeastern Pennsylvania in Congress,” Bognet wrote at the beginning of the press release. “I hope and pray he does a better job representing us than he has done the last 8 years.”

“I also hope he remembers that more than half the people in his district voted for President Trump and his agenda,” Bognet continued. “If Cartwright continues his unwavering support for Nancy Pelosi and AOC’s march from liberalism to socialism, I look forward to finishing what our grassroots campaign started in 2020 and giving him a rude awakening in November 2022.”

Like 2016, Trump carried the boundaries of Cartwright’s district in the most recent election, making him the lone Democrat in the state’s congressional delegation in 2020 to win boundaries that Trump also won. Cartwright’s most recent victory over Bognet is the closest race he’s had since winning a seat in Congress in 2012.

Bognet continued in the press release to claim that the 2020 election showed that Northeast PA “rejected” principles backed by House Speaker Nancy Pelosi (D-CA) and most of the Democrats in Congress. He also attempted to raise doubts about mail-in voting from the most recent election and called for Act 77, which passed with widespread support from Republicans and Democrats alike in the state legislature, to be repealed.

“The election was marred by last minute rule changes, ample opportunities for fraud and manipulation via massive and unprecedented mail-in voting without widespread signature verification, and Democrat election officials constantly putting their thumb on the scales to help Democrats,” Bognet wrote in the release. “In order to make sure that both parties and all Pennsylvanians have faith in election results going forward, Act 77 must be repealed ASAP and we must return to our over 200 year old process of voting in-person on Election Day. This is the only way to ensure timely election results that are trusted by all citizens.”

Despite Bognet’s claims of opportunities for “fraud” and “manipulation” of mail-in voting, there haven’t been proven instances of widespread fraud in the state from the most recent election.

Cartwright, like most Democratic candidates in the 2020 general election, won the vast majority of mail-in votes.

Although Bognet is now railing against mail-in voting, this wasn’t always the case in 2020. During the crowded six candidate primary for the GOP nomination, Bognet promoted vote-by-mail on his campaign website and Twitter account.

The second place finisher in the GOP primary, Teddy Daniels, seemingly took a shot at Bognet on Twitter in December over mail-in votes, claiming that he would have won the primary, if not for the mail-in votes that Bognet garnered in the race.

After his loss against Cartwright, Bognet joined other Republicans in the state in lawsuits claiming that Act 77 was unconstitutional. Their effort was unsuccessful.

Bognet ended his press release by claiming that he is “grateful” for the over 166,000 votes he received in his bid for office and promised to continuing fighting for the citizens of Northeast PA, the “America First Agenda,” and to “end Nancy Pelosi’s control” of Congress.

Cartwright is now in his fifth term in Congress representing Northeast Pennsylvania.