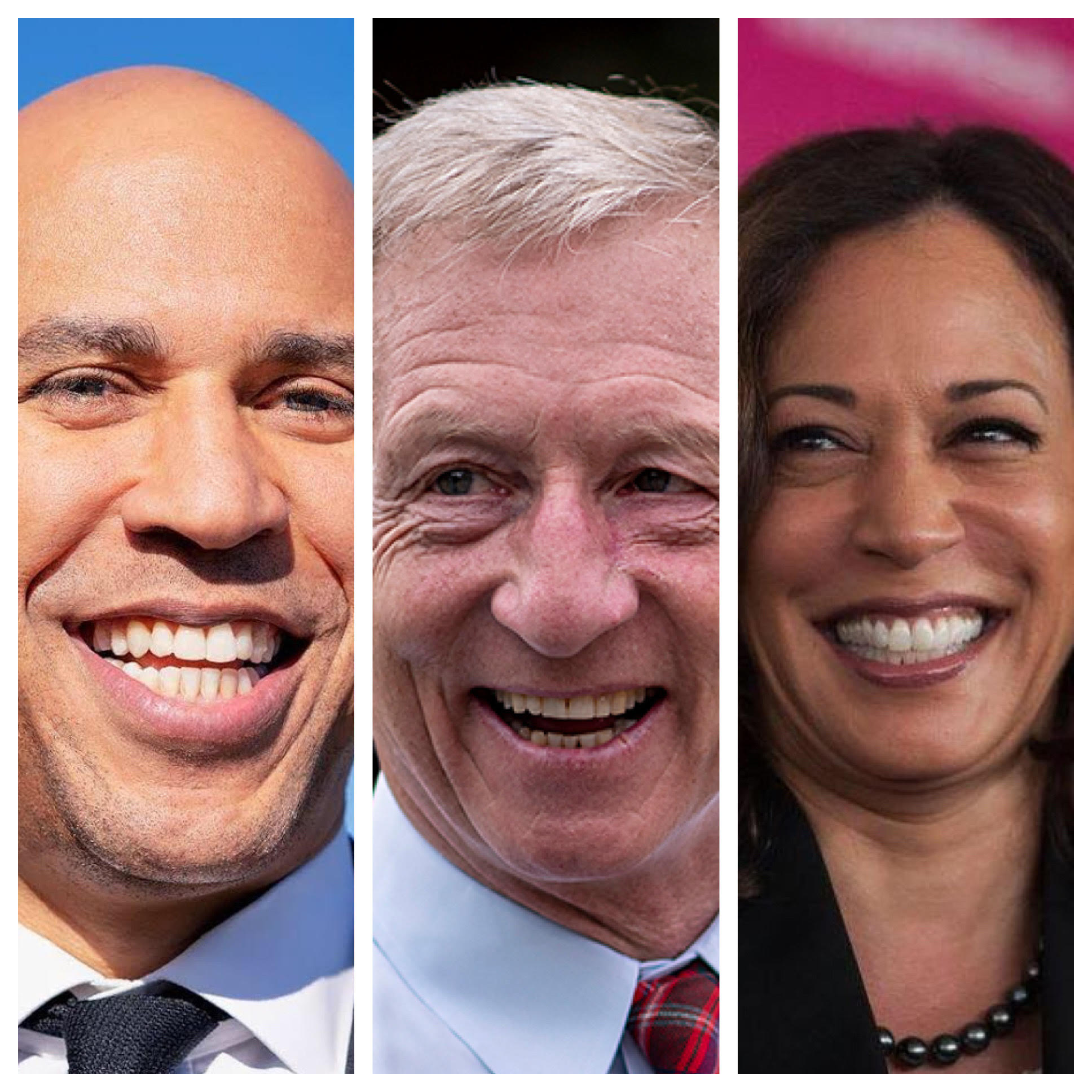 Three Democratic presidential hopefuls visited Eastern State Penitentiary in Philadelphia on Monday to participate in the Justice Votes 2020 town hall. In what was billed as a “first of its kind” forum, Sens. Cory Booker (D-NJ), Kamala Harris (D-CA), and billionaire Tom Steyer fielded questions from formerly incarcerated people in the town hall organized by Voters Organized to Educate and the Marshall Project.

All three candidates stressed the need for criminal justice reform in the United States.

Harris talked about her record as a prosecutor, previously serving as the District Attorney in San Francisco and Attorney General in California, and detailed the need for job opportunities for those previously incarcerated.

“It’s wrong to have prisoners paid substandard wages to do the work the government is supposed to do at great risk to themselves,” Harris said, according to the Philadelphia Inquirer. “That needs to change. We need to hire the formerly incarcerated and give them the certificates so they can do the jobs.”

The Inquirer added that she also talked about other obstacles for those previously incarcerated to reenter society, specifically citing federal funding for student loans, Pell educational grants, housing support.

While Booker touched on a number of criminal justice reform issues during the discussion, he described the topic as a “major national crisis” and criticized the other Democratic presidential candidates for not being in attendance for the town hall.

“Where are you today?” Booker, said according to the Philadelphia Inquirer. “Where are you? Seriously. This is a major national crisis.”

The New Jersey Senator also spent time talking about the discussion of legalizing recreational marijuana and how it plays in the criminal justice reform conversation.

“The revenues that we make as a government, the billions of dollars coming from the tax revenue, must be going to those communities that have been disproportionately harmed by marijuana enforcement,” Booker said, according to KYW Newsradio.

Steyer told the audience about how his mother was a reading teacher inside of a juvenile prison and also stressed the need to ending discrimination and assuring that those who were previously incarcerated should have “all civil rights restored.”

“When you come back, you are a full member of society,” Steyer said, according to KYW Newsradio. “That means no one can discriminate against you. The federal government has to ensure the rights of all American citizens.”

All three candidates find themselves in the single digits in Pennsylvania Democratic primary polling. According to the Real Clear Politics average, Harris polls the highest of the trio with an average of 4.5% in the state’s Democratic primary polling, placing her in fifth place in Pennsylvania. Booker’s average in the state is at 1%, placing him in sixth place, while Steyer was outside of the top 10.

The full forum, from NowThis News, can be viewed below.