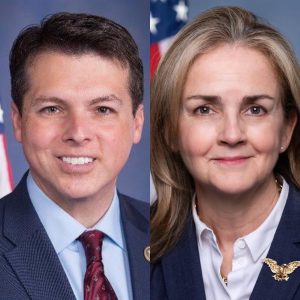 A pair of Pennsylvania Democrats will be rallying Irish American support for former Vice President Joe Biden in a virtual event on Thursday evening.

According to a release from the Biden campaign, Reps. Brendan Boyle (D-Philadelphia) and Madeleine Dean (D-Montgomery), along with actor Mark Hamill and former Gov. Martin O’Malley will host an Irish Americans for Biden virtual rally. The event is set to begin at 7 PM.

Boyle and Dean, both Irish American, expressed excitement in participating in the event on behalf of the Biden campaign, alongside the actor best known for playing Luke Skywalker in the Star Wars film series.

“I’m proud to co-headline this event along with Luke Skywalker (aka Mark Hamill),” Boyle said in a statement to PoliticsPA. “There are more than 30 million Irish Americans and polls show it is perennially an important swing constituency in presidential elections. I deeply believe Joe is the best candidate for all Americans, including and especially our fellow Americans of Irish descent.”

“My Irish heritage is an important part of my identity, so I’m excited to join other proud Irish Americans like Mark Hamill and my colleague Representative Boyle at this virtual rally,” Dean said to PoliticsPA. “May the force be with the next President of the United States, Joe Biden.”

The Trump campaign did not respond with a comment for this story.

Both campaigns are making a push at swaying Irish Americans, which is being viewed as a swing vote, in the upcoming election as the Trump campaign also has an “Irish Americans for Trump” effort.

There is not Pennsylvania specific polling on how Irish Americans are leaning for the upcoming presidential election.