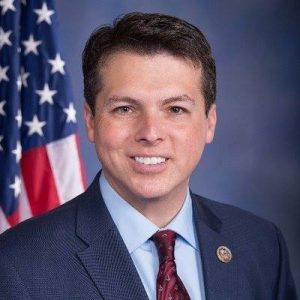 A Pennsylvania Democrat was tasked with delivering the Weekly Democratic Address following the riots on the U.S. Capitol in Washington D.C.

Rep. Brendan Boyle (D-Philadelphia) delivered the address that centered on the importance of defending democracy.

“Fellow Citizens, I’m speaking to you from the United States Capitol, where this week the whole world watched a shameful assault on our democracy play out right before our eyes,” Boyle said at the beginning of the nearly four minute speech. “A violent mob stormed the Capitol in order to stop Congress from upholding its Constitutional responsibility to validate the presidential election. Incited by some and radicalized by others, these domestic terrorists wanted to impose their will over that of We the People.”

“They failed,” Boyle continued, speaking about the rioters. After the riots on Wednesday afternoon, the electors affirmed the victory of Joe Biden as President and Kamala Harris as Vice President early on Thursday morning.

“What was at stake this week was not choosing the next president, for the people already made that decision in this election,” Boyle said. “This was about something bigger than Donald Trump, or Joe Biden, or any man or woman. It was about the survival of our democracy.”

The Philadelphia Democrat continued to quote John Adams and Benjamin Franklin and cite the words and actions of the Founding Fathers about democracy.

Boyle ended the address by expressing his optimism for the nation moving forward, despite the riots that took place on the Capitol.

“In a week such as this, when an armed mob stormed the Capitol, it can be hard to tell whether that sun is rising or setting on our American democracy,” Boyle said. “But have no doubt. Be not afraid. For the miracle at Philadelphia lives. Our Constitution held. On the 20th of January, the sun will rise, and at twelve noon, a peaceful transfer of power will take place in America.”

Thank you to @CongBoyle for so eloquently reminding us all of our duty to wake up every day and make the decision to protect our American democracy. pic.twitter.com/FtQFPCO6oq