Brady Not Running For Re-Election 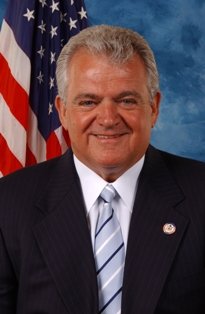 Congressman Bob Brady (D-Philadelphia) announced Wednesday he will not run for re-election to his seat.

According to the Inquirer, Brady made the announcement to ward leaders at the Democratic City Committee’s headquarters.  Brady is currently the chair of the Philadelphia Democratic Party.

Brady’s retirement will leave a major mark on the city’s Congressional Delegation.  Brady’s 20 years of seniority in the House are far greater than the city’s two junior Congressmen.

“I’ve been married for 21 years. For twenty of those years, I’ve been going to Washington four days a week. I need to come back home,” Brady told the Inquirer.

Brady told the paper that his announcement was not connected to the federal investigation into his campaign finances that resulted in the indictment of two of his aides.

Brady did say that part of the reason for the timing of his announcement was the ordered redraw of Pennsylvania’s Congressional maps.

Brady was facing a primary challenge from Lindy Li, Willie Singletary, Michelle Lawrence, and Nina Ahmad, but his announcement will likely spur more to enter the race.  Philadelphia Deputy Mayor of Labor Rich Lazer is considering a run.