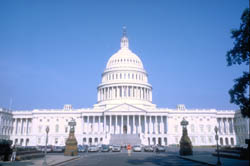 On Friday, the House of Representative passed a bill concerning the Keystone Pipeline, with 252 voting in favor of the pipeline, and 161 voting against. 31 Democrats joined with the Republicans to vote for passage of the bill.

In a vote in the Senate on Tuesday, the measure was struck down by a 59-41 margin. 60 votes were required for the cloture motion to end debate. 14 Democrats crossed party lines in favor of the bill.

Here’s the breakdown of how the PA Congressional delegation voted:

In the Senate, both Republican Pat Toomey and Democrat Bob Casey Jr. supported the bill.

John Rizzo, spokesman for Casey said, “He believes we must continue to grow the domestic energy supply to fuel the economy and increase our energy independence.”

Additionally, two Democrats crossed the aisle to vote for the bill: Reps. Brady and Doyle.

Finally, two Republican representatives, Reps. Barletta and Gerlach, did not vote on the measure. (Congressman Barletta is recovering from surgery.)