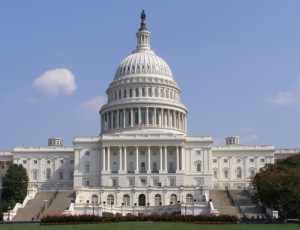 The House of Representatives voted last week on two portions of Pres. Obama’s trade package after months of heated debate and lobbying.

The fast-track authority, or trade promotion authority, the president had hoped to use for the first time in his presidency was approved in the House by 8 votes, 219-211, with 4 representatives missing the vote. 28 Democrats crossed the aisle to vote yes, while 54 Republicans voted against.

House Republicans have found themselves in an odd position, acting as the president’s main support for fast-track authority.

Minutes before the TPA vote, the House voted down a provision that provides trade adjustment assistance (TAA) for workers and businesses that are affected by the changes in trade agreements. The House overwhelmingly rejected it, with 126 votes for and 302 against.

The left has lined up against the trade bills, with unions leading the charge against TAA.

The president’s trade package cannot go through without both provisions being passed. The House approved a different TPA bill than the one passed by the Senate, which will require a further, final vote.

The TPA has not been in effect since it expired in 2008. The TAA expired in December.

Reps. Thompson, Costello, Fitzpatrick, Shuster, Marino, Barletta, Dent, Pitts and Murphy joined Kelly in voting for the bill, as well as Rep. Patrick Meehan, who sponsored the original version of the bill – called the Ensuring Tax Exempt Organizations for the Right to Appeal Act.

All five Democrats (Brady, Fattah, Boyle, Cartwright and Doyle) voted no, as well as Reps. Scott Perry and Keith Rothfus, who said the bill didn’t “do enough to affirm Congress’s authority over international trade” in a statement after the vote.

“[It’s] backwards thinking – we need to provide more accountability and transparency to the trade negotiation process, not less,” Perry said. “I’m trying to find solutions and have co-sponsored legislation that requires any trade agreements be made public for 60 days before TPA is voted on. That’s the kind of transparency hard-working taxpayers rightly expect.”

The state’s five Democrats voted against the TAA to stall the trade package from going through. They were joined again by Rep. Perry and Rep. Rothfus.