By Keegan Gibson and Geoffrey Middleberg 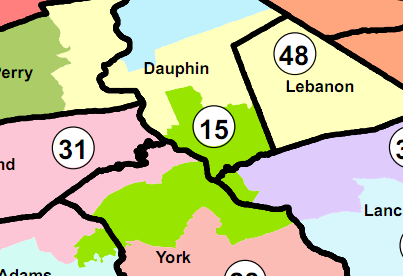 The risk of a delayed election poses more harm to the electorate than the 2001 maps, a federal judge ruled Wednesday. Judge R. Barclay Surrick denied the motions of Republican leadership, as well as representatives of a Latino group, asking that the existing Pa. House and Senate districts be thrown out.

“Under these unique circumstances, we are compelled to conclude that the election should proceed under the only existing plan, the 2001 Plan,” he wrote. “Granting a temporary restraining order at this stage will delay the primary election and potentially disenfranchise Pennsylvania voters.”

In its ruling remand the preliminary map to the Legislative Reapportionment Commission, the Pa. Supreme Court directed candidates to use the existing maps, which were drawn in 2001.

Senate Majority Leader Dominic Pileggi and House Majority Leader Mike Turzai sought to block the existing maps on the grounds that the state’s population had shifted too much since they were drawn, risking disproportionate representation.

Joe Garcia, Fernando Quiles and Dalia Rivera Matias sought the same, on the grounds that the 2001 map had only one Latino-majority district. The preliminary map would have created 4.

“Because there does not appear to be any alternative redistricting plan readily available, the harm to the public in delaying either the primary or the general election, or even changing the rules as they now stand, substantially outweighs the likely benefit to the plaintiffs of granting a preliminary injunction,” Surrick continued, citing the case Diaz v. Silver.

Further, he warned against a postponed primary election.

“A delayed election this year could deprive Pennsylvania voters of their right to choose delegates to the National Conventions and their candidate for the Presidency of the United States.”

The ruling throws a major wrench in GOP plans to institute new maps in time for the 2012 election, and make it highly likely that elections this year will be fought on 2001 lines.

The full ruling is below: