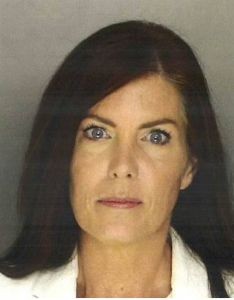 Judge Wendy Demchick-Alloy handed down a prison sentence of 10 to 23 months. She will be going to the Montgomery County Correctional Facility and was also given eight years of probation.

In August Kane was found guilty on all nine counts, including two counts of perjury and seven misdemeanors.

The next day, she announced that she would step down as Attorney General.

You can read our comprehensive timeline of the Kathleen Kane saga here.