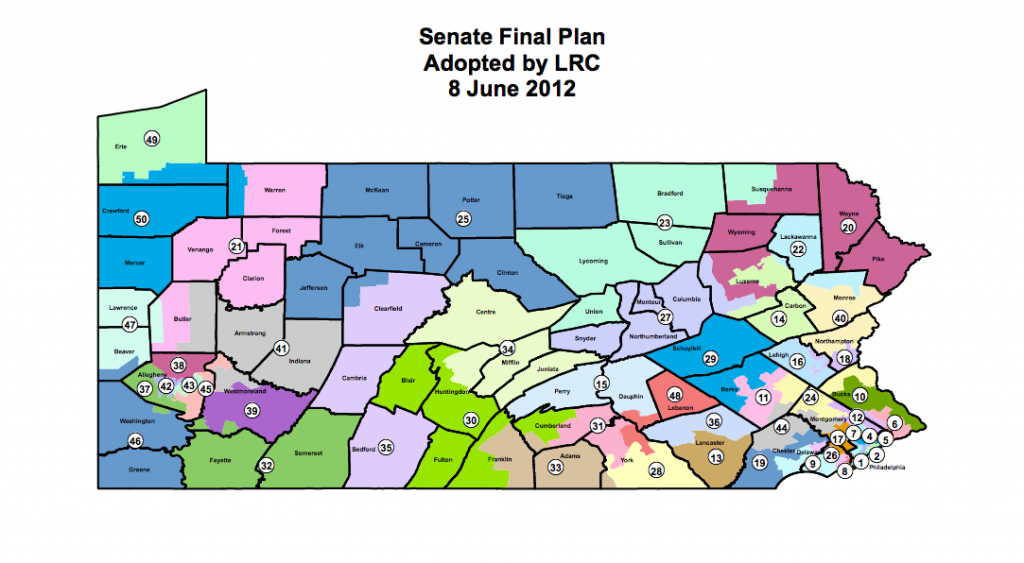 Ladies and gentlemen, we have a map. In a unanimous decision, the Pennsylvania Supreme Court Wednesday approved the latest redistricting effort by lawmakers.

The 2014 elections will be fought along lines determined in a 4-1 vote by the Legislative Reapportionment Commission in June 2012.

The Court threw out an initial version of the maps back in January 2012, spurring a chaotic few weeks as candidates scrambled to figure out which districts they were running in.

Chief Justice Ron Castille broke with his Republican colleagues to vote down the maps in a 4-3 decision.

Instead of new lines, as would have been normal, state House and Senate candidates ran on 2001 lines in the 2012 election.

The Court’s rationale in throwing out the initial versions was that they made too many unnecessary splits in counties, municipalities and other subdivisions.

After the LRC passed a revised plan in 2012, challengers including representatives of the Pa. Senate Democrats petitioned the Court to throw out the new versions, too. They said the new version also made too many splits, and were pastian.

But in the majority opinion, Chief Justice Castille wrote that, “ political parties may seek partisan advantage to their proverbial heart’s content, so long as they do so,” within constitutional constraints.

Convicted former Justice Joan Orie Melvin did not participate in the 6-0 decision.