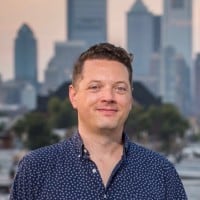 McPhillips, 39, has known Fetterman since 2015 and was his campaign manager during the 2016 primary run for the Senate. He tweeted that “We’re putting the band back together.”

Fetterman’s campaign manager during the 2022 primary – Bobby Maggio – will become a senior adviser.

“Bobby has been with me every step of the way and as the campaign kicks into high gear, he will be there again for advice out on the road,” Fetterman said in a statement. “Brendan knows Pennsylvania, he knows our team, and he knows how to win.”

In 2019, McPhillips asked Fetterman to officiate his marriage to his wife, Jane Slusser, a former chief of staff to Philadelphia Mayor Jim Kenney.

McPhillips also orchestrated Pete Buttigieg’s strategy in Iowa in 2020. Prior to that, he was campaign manager for Andrew Gillum during his Democratic primary for Florida governor.