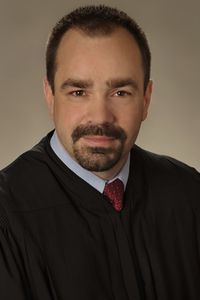 The state party endorsed candidate has secured the nomination.

According to unofficial returns from the Department of State on Wednesday morning, Brobson received 52% of the vote, while Commonwealth Court Judge Patty McCullough tallied 33.5% of the vote, and Philadelphia Court of Common Pleas Judge Paula Patrick garnered 14.5% of the vote.

The AP’s Marc Levy tweeted shortly after midnight that Brobson won the Republican Party nomination for the open seat on the PA Supreme Court.

Brobson will face Superior Court Judge Maria McLaughlin, a Democrat, in November’s general election for the open seat on the PA Supreme Court. McLaughlin, who was endorsed by the Pennsylvania Democratic Party, was unopposed in the primary.

In addition to support from the PA GOP, Brobson received endorsements for the GOP nomination from ChamberPAC, the political arm of the Pennsylvania Chamber of Business and Industry, PMA PAC, the affiliated political action committee of the Pennsylvania Manufacturers’ Association, and the Philadelphia Inquirer’s Editorial Board.

As of 7 A.M. on Wednesday morning, the contested races for the Democratic Party nomination for Superior Court and Commonwealth Court had not yet been called by the AP.

According to unofficial returns from the Department of State, Philadelphia Court of Common Pleas Judge Timika Lane held a 6.5% lead (47.3%-to-40.8%) over Jill Beck, an attorney from Pittsburgh, while Bryan Neft, a former president of the Allegheny County Bar Association tallied just under 12% of the vote. The Pennsylvania Democratic Party did not endorse a candidate in the race for Superior Court.

The winner of the Democratic PA Superior Court primary race will face Republican Megan Sullivan, who received the PAGOP endorsement and was unopposed for the GOP nomination, in November’s election.

The Democratic race for the two nominations for the Commonwealth Court are also close.

One vacancy for the Commonwealth Court is for President Judge Mary Hannah Leavitt, who is turning 75 in 2022. The other vacancy on the court is a temporary appointment that is expiring – Judge Drew Crompton, who is seeking a full term. Republicans hold a 7-2 majority on the Commonwealth Court.