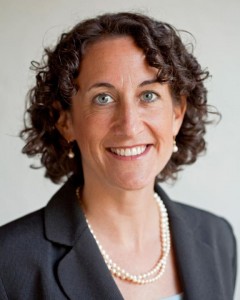 The endorsement was a important milestone for Kathy Boockvar, who jumped into the race for Bucks County’s 8th congressional seat, currently held by incumbent Mike Fitzpatrick in early January.

“I am proud to have the unified support of the Bucks and Montgomery County Democratic Committees, as well as many other individuals and organizations in the 8th District,” said Boockvar.  “The district deserves a Representative who will fight for middle class families and seniors, as I have in my career as a problem-solver, a mediator, and an attorney, helping Pennsylvanians protect their jobs, their Social Security, and their families.”

“I think if they want to run her again, go ahead,” said Pat Poprik (V-Chair of Bucks County GOP). “But she lost two other times by a lot.”

Less than a week removed from the Philadelphia Democratic Committee throwing their support behind him, the endorsement further solidifies Patrick Murphy’s hold on southeastern part of the state.

Along with endorsing their candidates, the committee chose the delegation that will be joining President Obama at the Democratic National Convention.