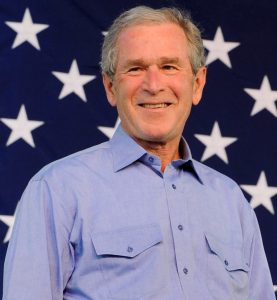 Former President George W. Bush and First Lady Laura Bush will visit the annual September 11 Observance at Flight 93 National Memorial near Shanksville, according to The Hill.

Bush is scheduled to deliver the keynote address to commemorate the 20th Anniversary of 9/11.

Last year’s ceremony included a speech from then-President Donald Trump, while then-former Vice President Joe Biden visited the site and laid a wreath at the memorial and met with families, according to the Associated Press.