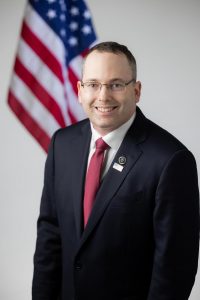 Everett Stern, a businessman and famed whistleblower, announced his intentions to seek the Republican Party nomination for U.S. Senate in 2022.

“The people of Pennsylvania deserve a leader who will fight for them against the most powerful special interests, the most entrenched politicians, and a corrupt system whose leaders have forgotten that they answer to the people,” Stern said in a press release about his entrance into the race. “There’s never been a time when bold, unafraid new leadership has been more badly needed.”

Stern, 36, is the founder and CEO of private intelligence agency Tactical Rabbit. According to a press release, part of the company’s work has included “gathering inside information on radical political groups including the anti-law enforcement group FTP and the white supremacist organization Sovereign American,” and added that intelligence gathered by Stern’s efforts was passed on to federal law enforcement.

Stern was featured several years ago in Reuters, Rolling Stone, and was interviewed in Netflix’s True Crime series, “Dirty Money,” for his role in bringing to light the illegal efforts of his then-employer, HSBC Bank, to launder money and assist nations involved in supporting terrorism and drug trafficking.

HSBC Holdings Plc agreed to pay $1.92 billion in fines to the U.S. Justice Department in 2012 for “allowing itself to be used to launder a river of drug money flowing out of Mexico and other banking lapses,” Reuters reported.

According to PennLive, this is Stern’s first formal candidacy, although he explored a primary bid against Toomey in 2016 over how he viewed the incumbent GOP Senator’s relationship with big banks, like HSBC.

In an interview with PoliticsPA, Stern said that after Toomey announced he wasn’t going to seek a third term, he knew that he was definitely going to run, although he added that he wanted to give him a “run for his money” and give him “as hard of a time as possible” if Toomey did seek reelection, seemingly confirming he would have run regardless of Toomey’s decision to retire.

Stern describes himself as a “New Republican” and “anti-establishment.”

He stressed that the Republican Party needs to stick to their “conservative values,” and pointed to the Founding Fathers, former Presidents Abraham Lincoln, and Ronald Reagan as examples to follow. Some of the issues that he detailed in the interview were conservative values of “pro-life, pro-second amendment, pro-constitution, healthcare, and jobs,” while also blasting censorship on social media.

He also touted his background and his role in the HSBC scandal as proof that he can’t be bought and will fight for what he sees is right.

Stern said that he voted for Trump and believes that his policies were “fantastic.”

“The economy was great, look, his policies were fantastic, his administration did a good job,” Stern said to PoliticsPA.

Stern thinks that jobs will be the number 1 issue on voters’ minds for the 2022 Senate election.

He also added that he thinks Trump was the “most pro-Israel president” that he’s ever seen.

However, he did provide some criticism to the 45th president.

“I’m not going to lie, his mannerism in office was not appropriate,” Stern said to PoliticsPA. “There were times when he was not presidential.”

Although himself and Sean Gale, an attorney, are the lone GOP candidates that have formally entered the race, the GOP field is expected to be crowded for Senate in 2022.

Stern believes he stands out from a potential crowded field and promised that he’d bring change to the Senate.

The issues page of his campaign website lays out his thoughts on Jobs & The Economy, Gun Rights, Healthcare, and Law & Order.