Businessman Jumps into the Governor’s Race 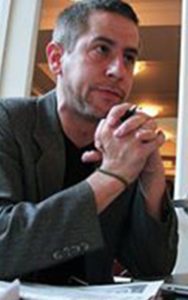 Kris Hart, a businessman from Montgomery county, is jumping into the race to challenge Governor Tom Wolf next year.

Hart will make his official announcement on Thursday in Blue Bell.

“Having listened to their concerns I realize the tough challenges facing our State and I am ready to step forward to propose solutions that reflect common sense approaches to business, government and social issues,” Hart said in a release announcing his bid.

Hart had been considering a run for the U.S. Senate, even forming an exploratory committee.

Hart runs Hart Strategic Enterprises, a company that focuses on investing in inner city businesses like convenience stores and salons.  Politically, Hart was the Second Vice-Chairman of the College Republican National Committee.

“Joining the race for Governor of Pennsylvania isn’t about politics for me. It’s as simple as listening to people and as important as doing everything I can to help all people,” Hart said.

Hart grew up in Montgomery county, and attended George Washington University in Washington, D.C.  He is one of the younger candidates for Governor at 34 years old.

PoliticsPA has reached out to the Pennsylvania Democratic Party for comment.