For those of you who hoped someday to see Oscar news on PoliticsPA, your day has come. 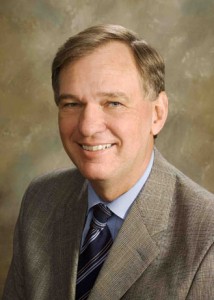 John Hanger, the immediate former Secretary of the PA Department of Environmental Protection (DEP), said via a blog post that he is rooting against ‘Gasland,’ a documentary about the impact of Marcellus shale drilling in Pennsylvania and elsewhere in the country. AN interview with Hanger features prominently in the film.

“Despite Josh Fox having real roots in Pennsylvania, and though normally I root for all things Pennsylvanian, I am not pulling for Gasland to win an Oscar for Best Documentary,” Hanger says of the filmmaker.

Hanger proceeds to cite a laundry list of alleged inaccuracies of the film, focusing especially on its implication that the DEP was negligent. But Hanger also has a personal stake in ‘Gasland.’

The film portrays Hanger, a former environmental activist, as a weak-willed and ineffectual tool of the natural gas industry (Hanger had previously served as president and CEO of PennFuture, one of PA’s most active environmental groups).

Hanger says the interview was, “heavily edited to include in the film.”

“The film presents a selective, distorted view of gas drilling and the energy choices America faces today,” wrote Hanger.  “If Gasland were about the airline industry, every flight would crash and all airlines would be irresponsible.”

Hanger and Fox have long exchanged accusations over the content of their interview. From a June 2010 story in the Inquirer:

“Fox, contacted in New York on Wednesday during a promotional tour, shot back: ‘It’s John Hanger himself who’s dishonest.’ He said the secretary was disingenuous to present natural gas development ‘as anything other than a disaster.’”

Hanger seems to have softened his stance on the film generally and on Fox specifically. Having previously referred to Fox as a “propagandist,” in today’s post Hanger sounds a more conciliatory note.

“In the last year, I have interacted with Josh Fox.  While some of his critics would not agree, I believe he has good intentions.

“Mr. Fox is giving voice to real concerns and speaking for some people that really have been negatively impacted by drilling who should not be ignored. He would be a more convincing and responsible voice if he were more careful.  Indeed we all should strive to be more careful.”