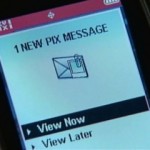 Yesterday, the PA house voted 178-20 to approve a legislation change for the punishment of teen “sexting.” Under the new House bill 815, teenagers will no longer be convicted of a felony, but rather a second-degree misdemeanor for sending explicitly sexual photographs.

The legislation, sponsored by Rep. Seth Grove, R-New York, applies to nude videos or photographs. Although the term “sexting” implies both explicitly sexual videos, emails, and text messages, photographs will be most closely monitored.

“My legislation will send the message to young people that sexting is not only inappropriate behavior, but it is also illegal,” said Grove. “Having said that, I do not want to see the potential of our youth stunted by a single thoughtless mistake, which is why I believe the current felony charge is too harsh.”

States across the nation are struggling to find a balance for the proper punishment of those engaging in sexting, given the issues of age and parental situations.

State Representative Joseph Abruzzo (D-Florida) favors the change, saying earlier this month, “Our goal is to teach kids, not punish them. While sometimes punishment is necessary, more often than not teaching provides a better long term result.”

No longer convicted of a felony and registered as a sex offender, minors who are caught sending or receiving explicit photos will now face community service and fines.

According to the National Conference of State Legislatures, “Kids are not always aware that, by sexting, they may be violating child pornography laws, which often carry felony penalties and can require registration as a sex offender. All 50 states have laws prohibiting the production, possession or distribution of images depicting sexually explicit activities involving a child.”

Despite this fix in the legislature, adults who view or send sexual images will still be faced with a felony due to child pornography laws.

Although it’s safe to assume government has more important tasks at hand than monitoring cell phone messages, the issue greatly affects pre-teens and young adults. With cell-phone use common among minors, rates of incidence have increased.

This issue will now go to the PA Senate. According to ABC’s Myles Snyder, the PA Senate may or may not address the issue, since it did not take action on similar legislation last year.