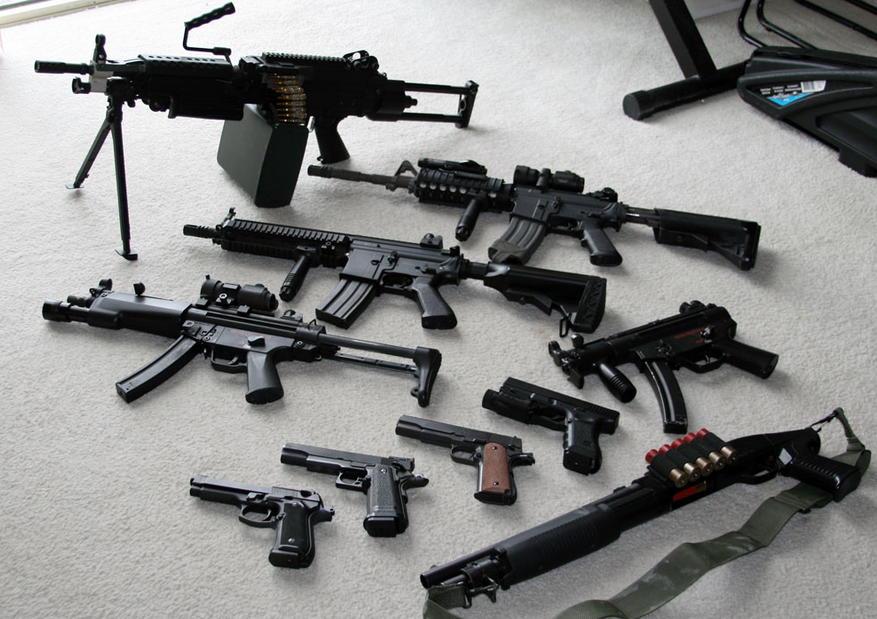 Last Saturday night, three people were killed and 11 others wounded in a mass shooting along South Street in Philadelphia, a popular weekend destination.

During a Monday morning press conference, District Attorney Larry Krasner said “We are expecting to approve charges later today for at least two people in connection to what we anticipate are non-fatal shootings.”

The city has already seen eight other mass shootings this year, according to the Gun Violence Archive (GVA). The GVA defines a mass shooting with the foundation definition being that they have a minimum of four victims shot, either injured or killed, not including any shooter who may also have been killed or injured in the incident.

According to its database, there have been 33 mass shootings already in Pennsylvania since Jan. 1, 2021, including 28 in the Philadelphia area, three in the Pittsburgh region and one each in Erie and Hazleton.

Philadelphia mayor Jim Kenney told 6abc Action News, “It’s gotten to the point where there’s no price to pay for carrying illegal guns, so people carry them because they don’t think anything is going to happen.”

Earlier today, Governor Kathy Hochul signed a new law stating that New Yorkers under age 21 will be prohibited from buying semiautomatic rifles. One of 10 public safety-related bills signed on the day, another requires microstamping in new firearms, which could help law enforcement solve gun-related crimes, while another revised the state’s “red flag” law, which allows courts to temporarily take away guns from people who might be a threat to themselves or others.

Could lawmakers in Harrisburg do something similar in the coming days?

Unlikely, as while Democrats control both legislative chambers in Albany as well as the governor’s mansion, the Keystone State’s General Assembly is controlled by Republicans with Democratic Gov. Tom Wolf, who is finishing out his two-term limit, as a veto-wielding counterpoint.

Pennsylvania requires background checks on all handgun sales, including at gun shows, but does not extend this requirement to long guns including assault rifles.

“Gun violence has become entrenched in our nation, and the fact that our legislators at the state and national levels seem to be just fine with that is the greatest tragedy of all,” Wolf said. “I am heartbroken. I am angry. But I refuse to give up on calling on our lawmakers to enact common sense legislation that protects Pennsylvanians.”

It is estimated that there are 70 bills or co-sponsorship memos about gun control from Pennsylvania House Democrats in this session.

Bills offered by Pennsylvania Republican lawmakers look to strengthen gun rights such as House Bill 357, that prohibits the enforcement of any new federal restriction, prohibition or registration requirement for firearms, magazines, and ammunition, or Senate Bill 48 that eliminates the power of the Governor or municipal government executives to restrict the purchase and possession of firearms during an emergency.

The Giffords Law Center to Prevent Gun Violence has researched and graded state gun laws and hands Pennsylvania a B-, noting that the state invested $30 million in funding for community violence intervention programs. It also notes that the Keystone State can continue to improve by requiring background checks on all gun sales, enacting an extreme risk protection order law, and passing a child access prevention law.

For reference, Giffords gives neighboring New Jersey an A, while New York and Maryland received grades of A-. Delaware earned a B and Ohio garnered a D.

The Giffords PAC has endorsed John Fetterman for Senate in Pennsylvania. “As mayor of Braddock and then as lieutenant governor of Pennsylvania, he has worked to reduce gun homicides in communities across the state,” said former congresswoman Gabby Giffords. “At our recent gun safety forum in Pennsylvania, he made it clear that he isn’t afraid of the NRA and will stand for commonsense gun safety measures that will keep communities safe.”

In response to the Uvalde shooting, Fetterman told NBC10, “I would support common-sense reform like universal background checks for all gun sales and a ban on military-grade assault weapons and high capacity magazines.”

Fetterman’s opponent – Mehmet Oz – tweeted that “We need to ensure our kids are protected from these senseless acts of violence and feel safe in our schools.” His website, though, says he opposes anti-gun measures like red flag laws and believes every law-abiding American citizen should be allowed to buy the gun of their desire.

Yet, “a person commits a summary offense if he, being less than 21 years of age, attempts to purchase, purchases, consumes, possesses or knowingly and intentionally transports any liquor or malt or brewed beverages.”

“The science is clear: when young people easily can acquire assault weapons it is more likely to end in catastrophe,” said Adam Garber, executive director of CeaseFirePA. “New York is taking a step towards preventing the next mass shooting at a grocery store or school. It’s a stark contrast to Pennsylvania where Republican leadership won’t even allow a serious debate on life-saving bills. Instead, they’ve decided to ignore the simple fact that people are losing their lives because of our weak gun laws.”