CAP Targets Yet Another GOP Lawmaker 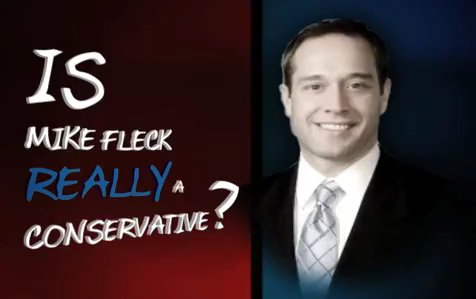 The conservative group CAP, the Citizens Alliance for Pennsylvania, is setting its sights on another Republican they deem insufficiently conservative.

The group is launching television ads against Pa. Rep. Mike Fleck (R-Huntingdon), blasting him for past support of green energy programs and votes in favor of appropriations during Ed Rendell’s administration.

“These are projects for the private sector to fund, but to force taxpayers to take on debt to fund them is unconscionable,” stated CAP Executive Director Leo Knepper.

Fleck won a seat to the PA House of Reps in 2007, serving the 81st district since then, which includes parts of Blair, Huntingdon, and Mifflin Counties. In 2008 and 2010 he ran unopposed.

“CAP hopes that by highlighting some of Rep. Fleck’s more egregious votes, it might motivate him to consider what the taxpayers of this state want accomplished this year. There are a number of pro-taxpayer, pro-growth measures that need to be addressed with some expediency.” said Knepper.

“The residents of the 81st district are smart enough to recognize intimidation tactics,” he said. “If a graduate of Jerry Falwell’s Liberty University, a former district executive of the Boy Scouts, an “A” rated member of the NRA is not conservative enough for some holier than thou special interest fringe group whose only intent is to bemoan special interest for their own private agenda, then so be it.  I vote my district … outside interests are of no concern to me.”

In October, CAP targeted Pat Vance (R-Cumberland) and Gene Yaw (R-Lycoming) over similar spending charges and on the issue of school choice.