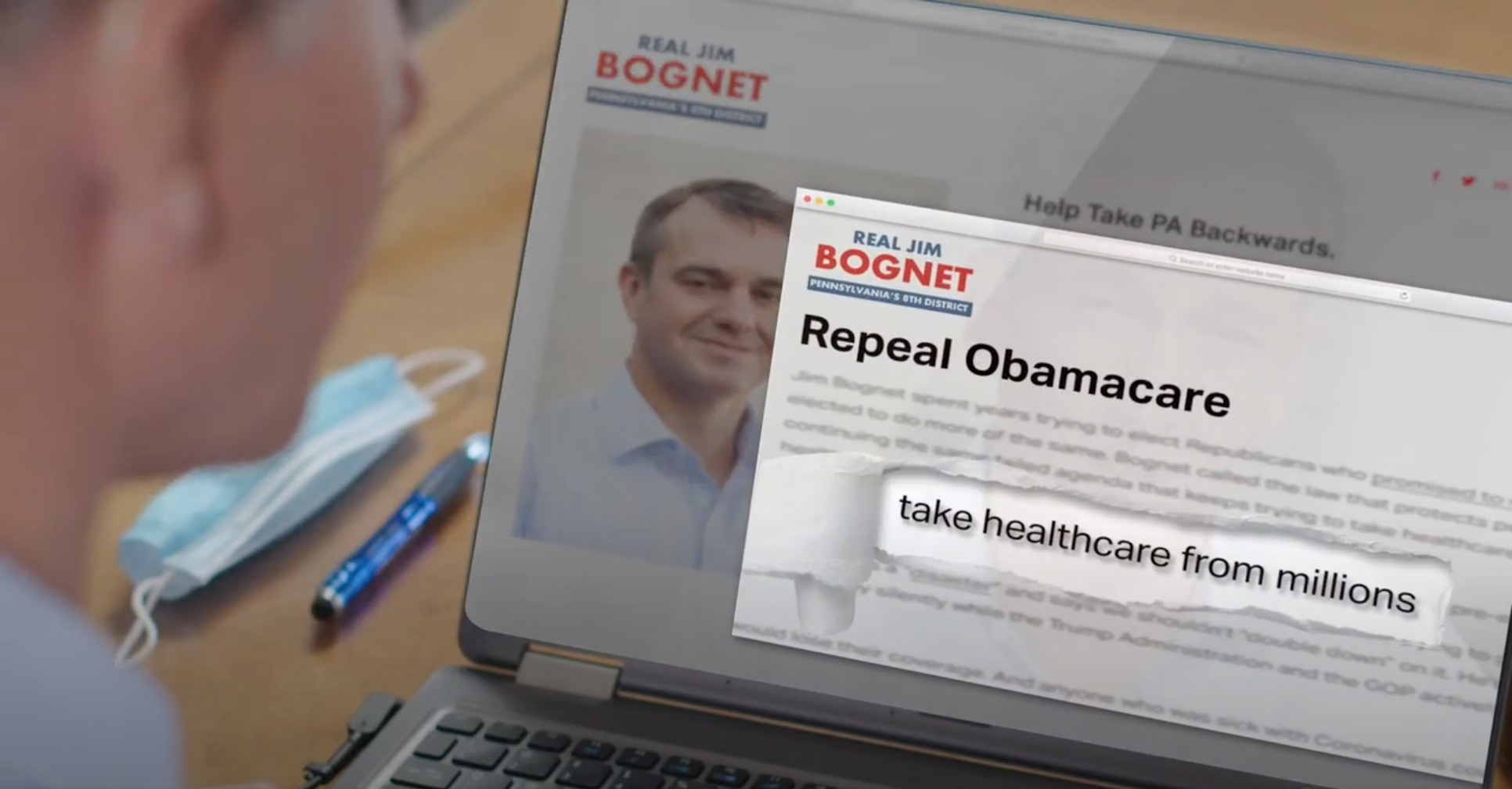 Rep. Matt Cartwright (D-Lackawanna) is on the attack in his first television ad of the general election.

The Lackawanna County Democrat released a 30 second spot on Tuesday that blasts Jim Bognet, a former Trump administration appointee and GOP candidate for the 8th District, on healthcare.

Cartwright begins the ad, “Let’s Move America Forward,” by offering his well wishes that people’s families are healthy and accuses Bognet of attempting to bring the nation backwards on healthcare policy.

“I hope your family is healthy, America’s in a tough place right now and Jim Bognet, he’d take us backwards,” Cartwright says. “He’d take away healthcare from millions and preexisting conditions, like COVID-19, they won’t be covered.”

“I’ve been working to provide families and small businesses with relief and to start making medicine in America, not China,” Cartwright says to end the ad. “I’m Matt Cartwright, let’s move America forward.”

H.R. 6670, Prescription for American Drug Independence Act of 2020, is the legislation that Cartwright references in the latter part of the ad about making medicine in the United States.

Bognet’s campaign responded to the ad by linking Cartwright to China and noting that he only recently started supporting the legislation he touts in the ad.

“Matt Cartwright’s coddling of China has finally caught up to him. In an act of clear desperation, China apologist Congressman Matt Cartwright is airing an ad bragging about a bill he co-sponsored to boost American production of PPE and reduce dependence of China,” Bognet’s campaign wrote in a press release. “What Cartwright didn’t mention is that he waited two months to co-sponsor this bill and got on board one day before he released an ad touting it.”

As Cartwright says that Bognet would take away healthcare from millions of American with preexisting conditions, citing his challenger’s opposition to the Affordable Care Act, the camera pans to a website that appears to be a Bognet campaign website, although it actually says “Help Take PA Backwards.”

The website that appears to be on Cartwright’s screen in the ad, “realjimbognet.com,” details Bognet’s calls to repeal the ACA and at the bottom says that the website was paid for by “Cartwright for Congress.”

Healthcare and China have emerged as key issues in the race for the 8th Congressional District. Bognet’s first television ad of the GOP primary blamed China for the coronavirus outbreak in the United States.

Two national ratings outlets have the race leaning in Cartwright’s favor, while one outlet has the race listed as a Toss Up. Inside Elections lists the race in PA8 as Likely Democratic; Larry Sabato’s Crystal Ball has it as Leans Democratic, and the Cook Political Report has it as a Toss Up.