Senator Bob Casey got some good news this morning, as the new Quinnipiac poll showed a 10 point net jump in his approval ratings. 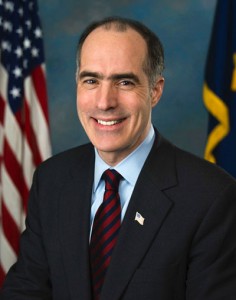 Casey also aced the key ‘Goldilocks’ category. Asked if Casey was too liberal, too conservative or just right, 46 percent of respondents said he was just right. Only 22 percent sad he was too liberal.

These are all good numbers for Casey. His only apparent weak spot is the fact that 31 percent of poll respondents didn’t know enough about him to form an opinion. That gives the GOP the opportunity to define Casey to an extent greater than the typical statewide elected official (who is also the son of a former Governor).

Today’s poll would seem to bolster one of Republicans’ strongest attacks in 2010: the Obama comparison. It showed that a full 51 percent of voters believe that Casey “generally shares the views of Barack Obama on major issues.” However, with the President actually on the ballot in 2012, it is unclear whether such a line of attack would help or hurt Casey.

And Republicans have their own name ID problems in this race. Not one of the prospective GOP candidates has name ID over 26 percent, according to a January survey by PPP.

Indeed, referring to “prospective GOP candidates” may be generous, as few major Republican contenders have expressed public interest in the race.