An immigration policy that has separated thousands of children from their parents after they are detained at the U.S.-Mexico border has become a lightning for the Trump administration and his supporters.

It has also become a major talking point in the Pennsylvania U.S. Senate race. 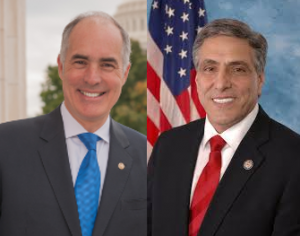 In an interview last week, Republican nominee Rep. Lou Barletta (R-Luzerne) slammed Sen. Bob Casey as being too liberal for Pennsylvania, and told KDKA’s Jon Delano that harsh laws are a deterrent to would-be lawbreakers.

He said the president is simply enforcing existing laws, and that anyone committing a criminal act risks being separated from their family.

“So the laws of the country state that when you commit a criminal offense, children, you will be separated during the custody. I don’t think we should have separate laws for people who come in the country illegally and other laws for American citizens,” he said.

Barletta’s name is synonymous with harsh immigration policies. During his tenure as Hazleton mayor, the city made headlines when its council passed laws making English its official language.

The law also authorized city officials to deny business permits to employers who hired anyone in the country illegally, and the landlords who tried to rent to them were slapped with hefty fines.

The act was later ruled unconstitutional.

Casey, meanwhile has criticized the current policy as inhumane.

“If you’re coming across the border, seeking asylum, and you have a child with you, it’s simple, that child should stay with you,” he told the Morning Call.

.@realDonaldTrump and @SecNielsen are not telling you the truth. There is no law requiring the Administration to rip migrant children away from their parents; it is a morally abhorrent policy choice they make every day.

Casey noted that many of those detained were likely to be denied asylum and returned to their home countries. But families should always been kept together, he said.

Casey said while he supports immigration reform, legislators do not need to act to stop this policy.

One phone call from the president to Attorney General Jeff Sessions could revoke the order given to separate parents from their children, rather than referring all cases to criminal prosecution.

“They should not be separated from their children,” he added.

On his own website, Casey calls for stricter border security, including 24-hour surveillance and doubling the number of border protection agents.

He said there should also be a “pathway to citizenship” for those who are “law-abiding” and learn to speak English.

“That’s not amnesty. And that’s not deporting all eleven million undocumented immigrants,” according to the statement.